Western Sydney Wanderers arrive at the Dolphin Stadium to end their four-match losing streak. Brisbane Roar will not be easy rivals at home despite their struggles in A-League this season.

It is difficult to separate between Brisbane Roar and Western Sydney Wanderers this season. Both sides have struggled to get results and have only one win in their last five competitive fixtures. We are backing the home to claim the three points on offer despite their poor form. Roar will be playing their fifth match of the 2022 calendar year while it will be the second competitive outing for the Wanderers. Add to the fact that while Roar has one win in their last two outings, WSW are winless in their last three away fixtures.

Western Sydney Wanderers have seen ten goals in their three away A-League fixtures this season. On the other hand, Brisbane Roar has seen half of this number in the same amount of home fixtures. Our prediction is based on their past meetings, as three of their five duels have concluded with an Over 2.5 goals scoreline. Add to the fact that both sides have conceded 19 goals between them. Their combined defensive frailties should provide plenty of goal mouth action and goal-scoring opportunities.

Brisbane Roar vs Western Sydney Wanderers: Check out the best odds and the latest stats

Warren Moon will be struggling to explain how Brisbane Roar have gone from a fourth-place finish to struggle at the bottom of the points table. They are troubled by the double-edged sword of not scoring much and concerning too many. Roar can still make up the gap to playoff positions as they are only five points away but need to get their affairs in order if they are to make a concerted effort.

It was a forgettable 2020/21 campaign for Western Sydney Wanderers. From the looks of the 2021/22 campaign, it is not going to be much better. The Wanderers find themselves in the bottom three, scoring the same amount as third-placed Macarthur but conceding four more goals. Carl Robinson needs to find a balance for the Sydney based outfit as playoff slots remain in touching distance. 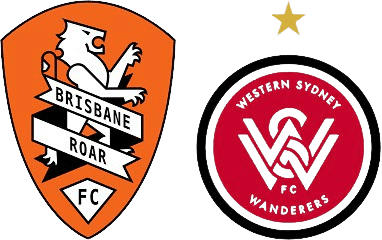 Who won the last h2h? 2-0 in favour of Western Sydney Wanderers.

Where is the game being televised? BeIN Sport Connect and BT Sport ESPN.