Brisbane Roar takes on the challenge of in-form Newcastle Jets at Moreton Daily Stadium. Both sides find themselves out of the playoff slots and only have an outside chance of vying for it.

It has been a forgettable season for Brisbane Roar who finished in fourth place last campaign. They have lost three matches in succession and need to address their woes. In-form Newcastle Jets provide them with their best opportunity. While Arthur Papas' men are unbeaten in three home fixtures of late, they have only added one win from their nine away trips. With four of Roar's five victories coming at home, we are backing them to claim the three points on offer.

It is not scoring goals that have hampered Brisbane or Newcastle this season. But their performances at the back. The visiting Jets have profited from improvements in the defensive performances, adding two wins and a draw in their last three outings. With both sides scoring nine goals in their last five outings, Roar's ten goals conceded are keeping them back. The last five fixtures including them have finished with Over 2.5 total goals and we believe it will be a similar reading after this fixture.

Brisbane Roar vs Newcastle Jets: Check out the best odds and the latest stats

Brisbane Roar vs Newcastle Jets: Check out the team lineups

Despite all the confidence and enthusiasm in the world, Brisbane Roar fans will not be pleased with their squad. They have continuously failed to deliver and deserved their second from bottom placement. As we enter the final stretch of the 2021/22 campaign, they are playing for pride as it looks unlikely they will move out of their current predicament.

Arthur Papas will be delighted with his charges current form. Newcastle Jets have moved away from the bottom places by accumulating seven points from the available nine. They can add to their tally at Roar's expense but will have to claim their second win of the season to ensure this. Their task is made more difficult by the fact that they enjoy a net negative result against their hosts. 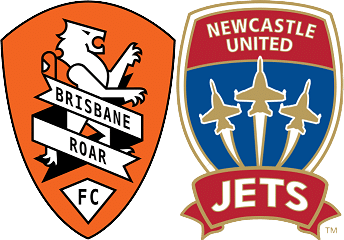 Who won the last h2h? 2-1 in favour of Newcastle Jets.