Off the back of an away defeat, Brisbane Roar aims to find the winning way when they host Central Coast Mariners in the coming game of the A-League. The coasties follow the sequence of consecutive three league victories.

Away win for Central Coast Mariners

Brisbane Roar are on the streak of five winless games and has also had three defeats in the last five home attempts. On the other hand, Central Coast Mariners seem prepared over their winning string and unbeaten four games in a row. Moreover, the Yellow and Navy are yet to lose in the previous five away outings, winning the recent two successively. The Mariners also took over the Roar in the recent meeting of this season and the same would be expected to be repeated in this game.

Both sets of goalscorers to shine

Central Coast Mariners didn’t miss the target in the last four games and scored at least two per game in three of them. While the Roar couldn’t get consistent results in the recent home games, they rattled the net in four of the last five attempts. The Roar will also be confident to score in this home duel as they have scored in four of the previous five hosting H2Hs against the upcoming rivals. However, following two clean sheets in the last three outings, Central Coast Mariners are expected to confirm the lead.

Brisbane Roar vs Central Coast Mariners: Check out the best odds and the latest stats

The Roar lost their second game of the last three attempts in the previous meeting against Adelaide United. After playing 24 games of the current season, Brisbane Roar has secured only six victories and stands second to the last in the table. Connor Chapman is out of the game due to fitness concerns.

The Yellow and Navy extended their away winning sequence to the last home duel by getting the lead against Western United. With the help of ten wins and six draws, Central Coast Mariners stand at the fifth position in the standings. The club manager Nick Montgomery will have a fully healthy squad for the selection of this game. 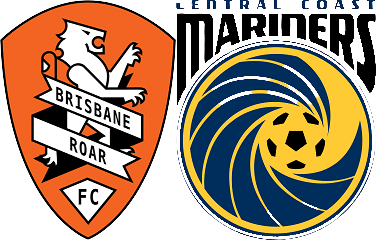 Who won the last h2h? 2-1 in favour of Central Coast Mariners.