In this article, we will go over the upcoming Asia World Cup Qualifier between Australia and China. If you want to check out more World Cup qualifiers, you can take a look at our latest articles on the website.

We gave our betting experts the task to find the top free tips and predictions for the match between Australia and China, and this is what they came up with.

All odds are taken from the Ladbrokes AU platform and are correct at the time of writing. Make sure to double-check them before wagering because they could change at any time.

For both China and Australia, 60% of the last ten games they played ended with over 2.5 total goals scored. Also, the last time that China played against Australia as the away team, the game ended with the same outcome.

In the tables below, you can check out the latest bookmaker odds and head-to-head statistics for the Asia World qualifier match between Australia and China.

It was really hard to decide on a winner because both teams played well in their recent games. In the end, Australia is in better form than China, and the last head-to-head game they played against them ended with a win.

The teams are in Group B alongside Japan, Oman, Saudi Arabia, and Vietnam. They are both favorites in the group, so their match is highly anticipated. If after the group stage ends, the teams take a first or second position within group B, they will advance to the World Cup. Ending in the third position will ensure they get promoted to the fourth stage of the World Cup. 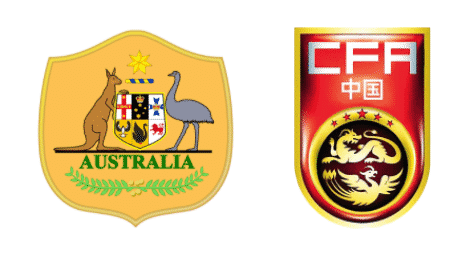