Round 25 of A-League action pits together Adelaide United and Western United. Both sides are fighting to secure their playoff slot, making it an interesting affair in the title race.

Adelaide to end the Western jinx

Western United have failed to live up to their billing in their last two league outings. On the other hand, Adeliade has continued their brilliant run with four wins on the trot. Add to the fact that the Westerners have not won on the road in a month. Given Adelaide's strong form and Western United's unreliable away run, we are backing a home win at the Coopers Stadium.

Goals are not the flavour of the day when Adeliade and Western take on each other. This is highlighted by the fact that their last three duels have seen only one goal. Couple this with Western's inability to score freely, which has seen them only score twice in their last four away fixtures. With Adelaide's need for the points, they will be forceful in their approach leading to a low scoring affair.

Adelaide United vs Western United: Check out the best odds and the latest stats

Adelaide United vs Western United: Check out the team lineups

The Reds struggled to get going but with a strong finish to the season can achieve their ambitions. They have strung together four successive victories, laying waster to ambitions of Brisbane Roar, Perth Glory, Sydney FC and Macarthur. They will want to add Western United's scalp to the mix, a team they have historically performed poorly against.

It has been a tough couple of weeks for Western United. They have seen their second-place claimed by Melbourne Victory and are now settling for third place on the points table. It looks likely that they will find it easy against Adelaide United to get back in their groove. They are unbeaten against the Reds in four meetings and will want to extend that stat against them. 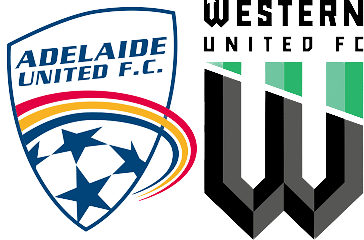 Where is the game being played? Coopers Stadium (Adelaide).