Following the home victory over Newcastle Jets, Adelaide United have another home game next on their schedule against Western Sydney Wanderers. The visitors lost out to Macarthur in their last meeting and lost three points.

Adelaide United are making decent records consecutively in their recent games by winning four of the previous five games. The Reds have also got the confidence back of their home games by getting two wins in a row before this game. But Wanderers are falling behind in the points table, losing three of the previous four attempts. Furthermore, the visitors are getting desperate in the away games by losing all of the last five. The last two H2Hs between the teams have ended with equal scores but we see the hosts this time to hold their lead.

The Reds have produced two goals per game in four of the last five meetings, giving a total of nine in that duration. While Wanderers have also scored seven goals in their previous five attempts. Back to the teams’ H2Hs, four of the last five duels gave the high-scoring total and both teams contributed 23 goals in that span. So we can expect the teams to share a total of over 2.5 goals once again.

Adelaide United vs Western Sydney Wanderers: Check out the best odds and the latest stats

The Reds got their consecutive second home victory in the last minutes of the previous game against Newcastle Jets. Adelaide United have got seven victories in the 17 games of the season but having six draws let them stand third in the points table. Nick Ansell and Kusini Yengi are out of the squad due to injuries.

Wanderers got defeated once again in their away meeting against Macarthur by a final score of 3-1. In the current season, the team could manage only four victories after 15 games and been defeated 8 times, finding themselves at tenth place. Rhys Williams will miss out on the game due to his hamstring injury. 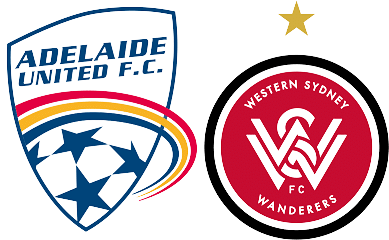 Who won the last h2h? Adelaide United and Western Sydney Wanderers played out a 2-2 draw.

Where is the game being televised? BT Sport, Paramount+ (Aus), and Veikkaus TV.