A-League form teams, Adelaide United and Central Coast Mariners battle it out in the playoff quarter-finals. The winner's prize will be a meeting with Melbourne Victory in the semi-finals and a shot at Australian top-flight history.

With five successive wins, Central Coast Mariners will fancy their chances. However, they have a tough task on their hands in Adelaide United. The Reds not only match their winning streak but also have home advantage on their side. Moreover, eight of the nine duels at the Coopers Stadium have finished in favour of Adelaide United and we believe the trend will continue in this meeting. Nevertheless, it will be a taxing affair as the Mariners are unbeaten in six away fixtures, winning the last three in succession.

Goals are exchanged at a high rate and at both ends in matches between United and Mariners. With both sides coming into this fixture on the back of five successive wins apiece, we believe the trend will continue as they look to enforce their superiority. There is certainty about goals being scored. In their last five outings, Adelaide has scored ten goals, while the Mariners tally reads thirteen strikes. As they meet for a place in the semi-finals, we believe it will be a high scoring affair with goals at both ends.

Adelaide United vs Central Coast Mariners: Check out the best odds and the latest stats

Carl Veart oversaw another successful season for Adelaide United. The Reds registered five successive wins in the final stretch of the A-League to finish in fourth place. They have given themselves the best platform to reach the next stage but will have to overcome the niggling presence of Central Coast Mariners.

A fifth-place finish in the points table would not have been welcomed by Central Coast Mariners fans. However, in a season marred by Covid outbreak and continuous fixture postponements, a playoff appearance will be accepted. Nick Montgomery will not be bothered by these suggestions as long as his side can come up triumphant in the final three matches of the campaign. 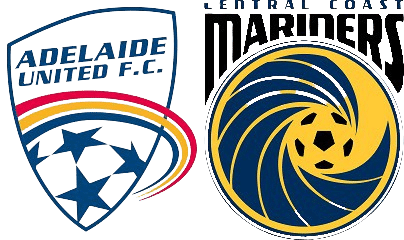 Where is the game being played? Coopers Stadium.