Chelsea were well beaten in the first leg of this tie with many people seeing the tie as done and dusted. Is that really the case or can the Blues find a way back? Find out with our Real Madrid vs Chelsea Prediction match preview with free tips, predictions and odds mentioned along the way.

Expecting both teams to score

Forget the match result, our first tip for this match between Real Madrid and Chelsea is that both teams will find the net. Of course, the first leg ended 3-1 with Chelsea seemingly incapable of keeping Karim Benzema under wraps; that gives Real a great chance of bagging at least another goal on their own patch. As for Chelsea's attacking prowess, they'd been going through a rather under par patch prior to the first leg. They kicked into gear at the weekend though hitting Southampton for six!

We've already touched on him once in this piece but backing Karim Benzema to score anytime feels like an absolute no brainer. The French hitman has bagged back to back hat tricks in his last two Champions League games and, after his showing at Stamford Bridge, the Chelsea backline will likely be dreading going up against him again. You can't really blame them for that either; his goal tally in Europe this season reads as notching a goal every 64 minutes!

Real Madrid vs Chelsea: Let's look at the predicted lineups

These two sides served up an entertaining match in the first meeting and whilst Real Madrid hold a decent lead, the game is far from over heading into this second leg. The first goal will be huge.

The only way the first leg of this tie could have gone better for Real Madrid was if away goals still counted; they don't though. That means that Los Blancos probably need another goal to kill the game off for good but, with their home fans cheering them on, they'll feel confident of putting things to bed without too much stress. The could well go unchanged from their match at Stamford Bridge too.

The line from Thomas Tuchel after his teams loss to Real Madrid was that his side faced a potential ‘hammering' and one of their ‘biggest tests' in the second leg. Of course, you suspect that was said in order to motivate his players and, based on their 6-0 win over Southampton on Saturday, it seemed to work. They'll need to take the same energy into this game to have any chance of progressing.

A quickfire FAQ on Real Madrid vs Chelsea 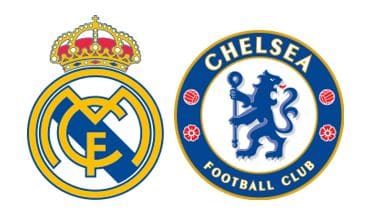