Is sports betting legal in Canada?

If you were wondering about legal sports betting in Canada, then this is the right place for you to find all the latest information on the matter. The fastest way to test if any bookmaker is legal in your country is to click on the link below and see for yourself.

What is Sports Betting's Legal Status in Canada?

The question of the day – “Is sports betting legal in Canada?” will be our main topic in this article. The short answer to that question is “Yes.” But it's not what you think or what you would be used to in comparison to sports betting in the USA.

In Canada, before August 2021, people could only wager on parlays. After the parliament voted on the status of the Criminal Code regarding sports betting specifically, single-event wagering became legal. We expect that soon major bookmaker companies, like FanDuel, BetMGM, and DraftKings will provide their platform in the country.

Are Bookmakers Trustworthy in Canada?

Besides asking “Is sports betting legal in Canada, you should also ask if the places you want to try out are legal or trustworthy. The first step of finding out the legality of a bookmaker is to see if they are licensed in the specific region you want to wager in. For example, betting in Ontario is more flexible and you have more options, but wagering in regions, like British Columbia, is restricted to the lottery.

After you check if a bookmaker is licensed in your region, you should check and see the bookie's reputation because that can be key in finding the perfect place to wager on sports. There should be some online reviews you can check out for the bookmakers you are set on and that will help you choose your final option. Of course, you can always sign-up to multiple platforms, but if you are new to betting, choosing one would be a great start. For example, there are some reviews on our website you can read about the popular bookmakers who will most likely enter the single-event betting market once it's available.

Similarly, to the USA, each province in Canada is free to set its own rules and laws regarding the specifics of sports betting in the specific region. For example, the key difference between some of the territories is the age limit. The standard eighteen-year requirement stands for Alberta, Quebec, and Manitoba. On the other hand, the following territories have a minimum age limit of 19 years:

This means that each province will likely have its list of available bookmakers with licenses, so similarly to the USA, you should be aware of where you are exactly when trying to place bets. That's because some bookmakers who might be legal in Ontario, for example, might not be legal in Quebec or Alberta. So, instead of asking “is sports betting legal in Canada?”, you should be asking if sports betting is legal in your specific province/territory. 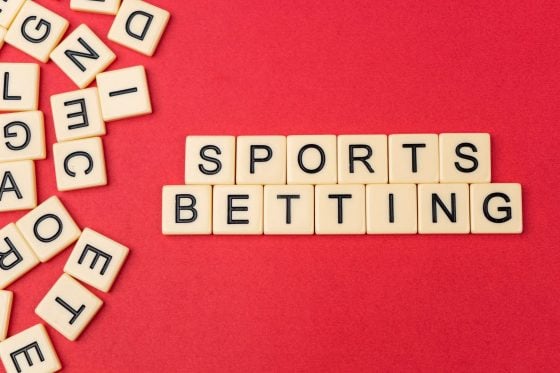 Which Sports Betting Companies Plan to Launch in Canada?

While there are plenty of betting and media companies who will most likely take advantage of the change in law, we think that there are a couple of likely candidates that will immediately or soon after that start launching their products in the country/province.

BetMGM is one of the largest and most popular bookmakers in the USA and they plan to advance to the Canadian betting market either via their plans to build a casino in Calgary, Alberta, or via their deals with Wayne Gretzky and “The Hockey News.”

This media company is already based in Canada, which gives them the home-field advantage, but they also operate legally in several US states, so they won't be new to the venture at all. In the latest news, theScore Media was acquired by Penn National Gaming this year.

FanDuel is one of the favorites and most popular in the USA and they are available in many states. They offer a user-friendly platform and their site has one of the most modern designs out of all their rivals. FanDuel already offers daily fantasy sports in Canada, so the leap shouldn't be hard. Their newest general manager is Canadian (Dale Hooper), which will bring the company advantage in terms of regulatory matters.

PointsBet has already announced positions in their company related to the Canadian betting market, including a Chief Commercial Officer for Canadian operations and an executive team for the operation in the country.

DraftKings already offer Daily Fantasy Sports in Canada as a part of their deal with the NFL. This will almost certainly lead to sports betting shortly. The fact that they are a member of the Canadian Gaming Association is proof enough that DraftKings will offer something in the future.

Caesars also has a membership at the Canadian Gaming Association, which will give them an advantage, but already owning a casino in Windsor, Ontario is going to be key in any future sports betting endeavors.

Similar to Caesars, Hard Rock is also a member of the Canadian Gaming Association and they already own a casino in Vancouver. They also plan on opening a casino in Ottawa soon.

Several media and entertainment companies have expressed interest in advancing the Canadian betting market. For example, entertainment company Woodbine wants to enter the race for sports betting options, but they also plan to expand horse racing betting in the Canadian market. Bell (media company) is also a strong candidate because of their current position and many experts are betting they will take a piece of the pie once it's available. Media conglomerate Rogers already stated that they support the C-218 bill and that it would create plenty of job opportunities in Canada.

What You Should Know About Legal Sports Betting in Canada

Are there any official release dates for these betting companies?

Unfortunately, we don't know when exactly any of the mentioned companies plan to launch in Canada, but we will notify you once they do.

What will be the available payment methods?

Is responsible gambling going to be a factor in Canada?

Yes, responsible gambling is very important in Canada, as well, and all the approved bookmakers in the future would offer features, like self-exclusion and limits.

Was sports betting illegal before the C-218 bill?

No, it wasn't but only parlay betting was allowed before the C-218 bill which was approved in August 2021.