Canada is famously known for hockey and basketball. However, Canadian Soccer Players in Europe has made people identify the nation as a hub of football talent. The Canadian government allows for dual citizenship making it challenging to ascertain the origin of certain prominent players who practice their tart in foreign countries. This review will help you know the roots of some of the famous footballers.

Jonathan David is a name that Ligue 1 fans are familiar with due to his contribution to the Lille forward. The Canadian player has made 17 appearances in the league in the current season and scored 11 goals. He is one of the top goal scorers this season in Ligue 1. His love for Canada is second to none. You can tell this by observing how he plays for the national team. He made four appearances during the CONCACAF Gold Cup and scored six goals. Jonathan is one of the Canadian soccer players playing in Europe who remained loyal to playing for Canada. He opted to play for Canada but was eligible to play for Haiti. He was named the Canadian Player of the Year in 2019 following his contribution to the CONCAFA Gold Cup. He started his professional football career with the Belgian side Gent in 2018. Come August 2020, Lille sought and confirmed the signing of the young striker on a five-year contract. His goal-scoring prowess made him a key figure in helping Lille to claim the French crown for the first time since 2010-11. The talented striker helped the club make it to the Champions League in 2021. 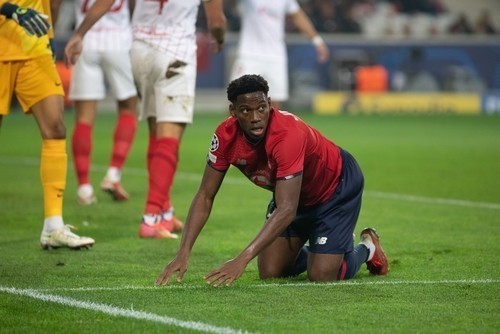 The present generation of Canada will remember the famous name Alphonso Davies for more than a decade. His trade pace at the wingback position and goal assist trademark confuses fans and commentators in equal measures whether he is a defender or a winger. The Canadian professional is no longer a stranger to the Bundesliga trophy and has the stage set for him to carry the Champions League trophy for a second time. Davis was the first player born in the 2000s to grace the field in a Major League Soccer event. Football scouts spotted him during the Gold Cup games where he became the youngest scorer in the tournament. Davis is among the fastest football players in Europe. Despite coming from a humble background (born in a refugee camp in the Gomoa District), he was determined to make a mark in football history. He is one of the Canadian soccer players abroad with goals and assists in major leagues.

Canada is home to both male and female footballers. The nation has been producing some of the finest talents in male soccer. Moreover, the country has produced some famous personalities in women's soccer. Canadian soccer players abroad When the name Ashley Lawrence is mentioned, French female football admirers of the current generation know she is a force to reckon with in the midfield. Ashley has been instrumental for Paris Saint Germain for the season 2020-21 as she has contributed a goal and made five assists during the current season. She is a utility player who can have a greater impact in the middle of the pack. She also performs marvellously on the left flank of the field. The Toronto-born player practices her art in the soccer club Paris Saint-Germain and contributes to the nation's female soccer team in a defensive capacity. She has been a loyal player for the club as she signed a multi-year renewable contract.

Cyle Larin had been a good ambassador for his country for many years as far as sports is concerned. He was brought into the team by the coach following the 900 goalless attempts by the nation in 2014. He became the joint all-time leading scorer for the Canadian national soccer team after making 44 appearances for his country and scoring 22 goals. He scored two heroic goals for the nation to get crucial over Mexico to take him into the history books of Canadian soccer. He was seen as the solution to Canada’s lack of a lethal striker that had caused the nation major tournaments. Cyle makes it to the list of Canadian soccer players playing in Europe because Besiktas acquired his signature as a number one pick to lead the club to its first-ever league title in 2020 since 2017. During this season, he scored 19 goals and made six assists making him one of the greatest contributors to the title acquisition. 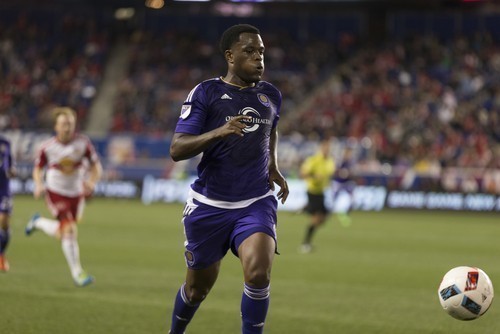 Top of the list among the Canadian soccer players playing in Europe is the Canadian heroine doing business with Chelsea women's football club. She started as a midfielder with the women's football club UCLA in the United States between 2016 and 2019. The talented footballer joined the club during the 2020-21 season and has made over ten appearances in the Super League. She has been instrumental in the club's performance in the Champions League. She also makes the team shine in the FA championship.

Fleming is also very patriotic to the nation that remembers her contribution during the 2020 summer Olympics. She beautifully converted the team's only goal during regular time. When the team needed her during the spot-kick time, she did her country proudly. Her love for the midfielder position might have been influenced by her icon Iniesta who was playing at Barcelona. She alluded once in an interview that the tiki-taka Barcelona style of play engineered by Iniesta was her favourite.

Though Canada has not produced many soccer players playing abroad, the few Canadian soccer players playing in Europe have performed well. The players have been competitive enough to secure playing time against the foreign players. One remarkable aspect about these players who practice their art abroad is that they take time to contribute significantly to their home nations during major tournaments such as the CONCAFA Gold Cup and the World cup qualifiers. Even during the national duties, the foreign-based players still excel which is a mark of patriotism.