York United are hopeful of not having to wait long for the first win of the 2021 Canada Premier League campaign when they take on Pacific FC at the IG field in Winnipeg.

York were the end of a disappointing 2-1 loss against last season’s leaders Cavalry in the opening game of the 2021 Canadian Premier League season. Pacific, meanwhile, got off to a winning start by managing a 2-0 win over HFX Wanderers. The best predictions for this match are:

the latest meeting between York United and Pacific brought aboard a one-one draw. There was very little to separate these two outfits, who also ended up with just a one point difference in the regular season standings during the 2020 campaign. There is no reason to expect a dominant performance from just one of the teams. Both are likely to cancel out each other.

York and Pacific have been occasionally involved in some high-scoring matches over the years. The memorable ones would be the legs of the 2-2 draw between these two teams back in May 2019. Since this meeting, just one game has ended up producing over 2.5 goals whenever these two teams have met each other.

York and Pacific have a decent portfolio of offensive players in the squad. They are likely to contribute to an entertaining match where there could be goals at both ends. The likelihood of seeing goals at both ends is quite high even if recent past is taken into account, as three out of the last six meetings have been able to boast this run.

Top Betting Odds and Stats for York United vs Pacific

York will be keen on bouncing back from the opening day loss against Cavalry almost immediately. The psychological advantage of having beaten Pacific in two out of the last four encounters can act as a morale booster for York, who will also be keen on getting revenge for narrowly missing out on the top four places last season.

Pacific were able to sneak into the top four places of the 2020 regular season owing to a one-point advantage over York United, who seemingly appeared to finish this spot. The strength of Pacific has been able to provide some strong business at home. It is about time that the team transformed this home form into some meaningful results on the road as well.

Questions about York United vs Pacific 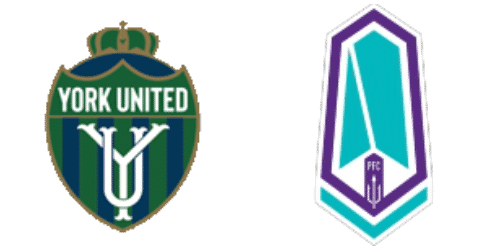 Which team is the favourite to win? York United