York United will be facing Edmonton on the 24th of July and today, we will go over the fixture and the most important details around it.

We tasked our betting team with going over the Canadian Premier League fixture between York United and Edmonton and here is what they came up with.

These betting lines are directly from BetMGM and are subject to change, so you should double-check them before you finish placing any bets.

York United hasn't lost a game where they were the home team this season, while Edmonton lost two out of the three games they played as the away team this season. In three of the last five matches where York United played against Edmonton, they won, while the other two fixtures were draws.

York United is currently the top team in the Canadian Premier League with most games with over 2.5 total goals – five out of seven. Their average goals scored for the season are 2.6 per match. Three out of the last five head-to-head matches between Edmonton and York United also ended with more than 2.5 total goals scored.

In the tables below, you can see the most recent York United vs Edmonton statistics and scores.

York United doesn't have any injured or suspended players and the same goes for Edmonton, so far, but these two teams are just one point apart in the Canadian Premier League table.

Both teams aren't in the best form and are seven points away from the current table leaders Valour, so it will take a lot of work to get into the top places in the table, but the good news is there are plenty of fixtures in the coming months and they can turn around their luck.

When it comes to this match we believe that York United will win because, in the eight head-to-head matches between the two clubs, Edmonton has won only once. 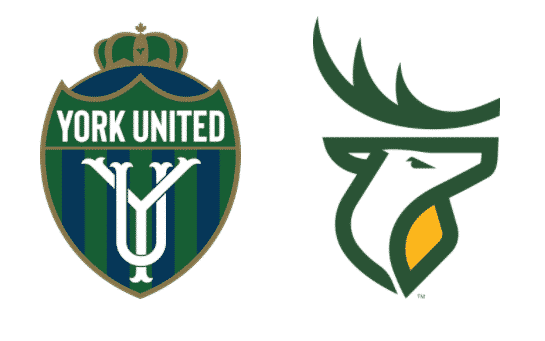