Everyone in the world of soccer knows who Cristiano Ronaldo is. The Portuguese goalscoring machine has been dominating the world of soccer in the last almost 20 years. He is a five-time Ballon d’Or winner, the all-time leading goal scorer in the Champions League, an all-time leading goal scorer in international games, and the player with the most career goals in general closing down to the 800 goal mark soon enough. It is debated that he and the Argentinian magician Lionel Messi gave us the biggest personal rivalry in the history of soccer and that we are truly lucky to be alive to witness such greatness.

Cristiano Ronaldo and his current plans

Playing for 3 years at Juventus that Cristiano Ronaldo wouldn’t call a success due to failing to win the Champions League he joined the club that is closest to his heart, the team that introduced him to the big football, and the team that made him a star – Manchester United. The Red Devils were keen on signing the Portuguese forward as ever since he departed from the club back in 2009 dark clouds were all over Old Trafford and the club barely had any success. 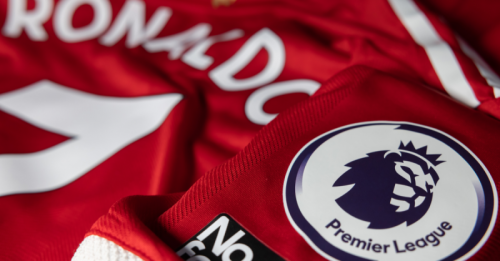 Fans were ecstatic over the fact that the speculations finally resulted in a formal bid and the signing of the fan-favorite Cristiano Ronaldo. The 2021 – 2022 season in CL started off great but the Premier League started in a somewhat disappointing fashion for Manchester United and not even a few months in the club rumors already started to spread that we could see Cristiano Ronaldo leave the club in the summer. Manchester City, Liverpool, Chelsea, and Arsenal are all having a great season, and chances for Manchester United to play in the Champions League next season are getting slimmer and slimmer with every fixture. Chances for the Europa League are even uncertain with West Ham and Tottenham all looking sharp in this battle.

Everyone knows just how ambitious Cristiano Ronaldo is and it is unlikely that he will agree to play next season for a team that doesn’t get access to the big European tournaments. As mentioned above, rumors already started to spread about his departure and his possible new team – will it be a return to Real Madrid or Juventus? Will it be returning to his childhood team Sporting CP? Or could we finally see Ronaldo in MLS?

With time usually not working in favor of an almost 37-year-old striker Cristiano Ronaldo seems to be aging like a fine wine. He keeps getting better and better and despite his ambitions to continue playing in the highest possible level of football – European club football and the Champions League tournament, rumors are still sending Ronaldo to MLS. Should we consider those rumors? Is there something more to them other than speculation? Well, it isn’t unheard of for a European soccer superstar to finish his career in MLS so Cristiano Ronaldo isn’t going to be a pioneer in the area. We already had many big names of EPL who joined MLS:

A big sign that could lead us to believe that Ronaldo in MLS could become a reality is what Cristiano said a while ago in an interview – that he isn’t opposed to ending his career in the MLS. The big issue with Cristiano Ronaldo is that somebody is going to have to pay his outstanding salary. It seems like the only club that can reach those financial standards at the moment is LA Galaxy. Los Angeles Galaxy already has the experience of having big names in the club with Zlatan Ibrahimovic the most recent example. Should Cristiano be ready to join the MLS it is very likely that LA Galaxy will be the team to bid first.

Another team that has a chance of signing CR7 would be on the East coast with New York City FC also being a financially stable team. Yes, the investment will be big, but NYCFC has the fan support and opportunities to get the money back only by shirt sales and merchandise with Cristiano’s name in the ranks of the team.

Looking outside the financial aspect of Cristiano’s signature we could see Inter Miami as a possible candidate. The club is owned by one of MLS’s biggest legends – David Beckham, and he already mentioned several times that he would like either Cristiano Ronaldo or Lionel Messi to end his career in his club. Gonzalo Higuain is a good friend of Ronaldo and is also a player who could aid Beckham in securing Ronaldo’s signature. And another huge plus for Inter Miami would be Phil Neville, who played with young Cristiano in Manchester United back in the day.

We can’t say exactly where Cristiano’s future is but Ronaldo to MLS is something that would appeal to the American fan for sure! We will only have to wait and see.