Vancouver Whitecaps will face York United in one of the Canadian Championship quarter-finals on the 23rd of June. We will suggest our recommendations for top betting picks, lines, and predictions.

Here are the top two picks for Thursday's game. We got the betting lines directly from the bookmaker BetMGM's platform. Keep in mind that you should check on the betting lines before finalizing these wagers because they might have changed by the time you read this.

Four of the last five matches for York United and three of the last five games for Vancouver Whitecaps ended without both teams scoring goals. We think that Thursday's match has a high chance to also end without a BTTS outcome.

Here, you can read more about the upcoming lineups for both teams in the Canadian Championship.

Only Thomas Hasal (goalkeeper) isn't going to make it on Thursday because of a finger injury he suffered at the start of May this year. Other than him, there aren't any injured or suspended players.

Martin Graiciar hasn't been with York United since the beginning of March and he won't play until the end of 2022 because of an injury. Also, Austin Ricci got injured in mid-May with a cruciate ligament injury.

Here are the head-to-head statistics for the Canadian Championship quarter-final between Vancouver Whitecaps and York United. These teams haven't played together, yet, and this will be their first game together.

Our Final Prediction About the Fixture

Thursday's match is most likely going to end in favor of Vancouver Whitecaps. They not only play in a higher league, but they are also currently in a better form than their opponents – York United. We also think that there won't be a BTTS outcome during their upcoming semi-final. 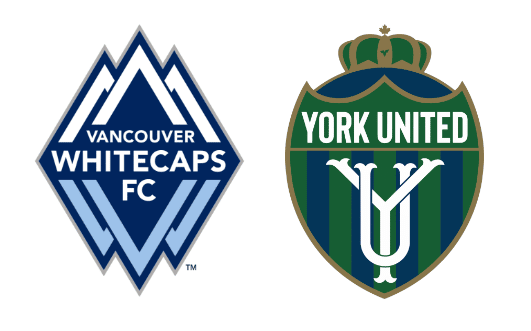