Vancouver Whitecaps will be facing New York City on the 6th of March. If you want to see more MLS predictions and free betting picks, you are welcome to check out our website.

Let's analyze the upcoming Vancouver Whitecaps vs New York City fixture, and see what the best picks and odds are for it. The odds you will see here are from BetMGM, but they can change at any time. This means that you should check out your bet slip before continuing.

Let's see what the lineups on Sunday will look like based on the injuries and suspensions from both teams.

The Whitecaps will have to play without Brian White and Caio Alexandre because they are out with various injuries. While Alexandre was injured last summer, White has been out less than a week. Jakob Nerwinski is also going to miss the match due to a red card suspension he received last week.

The only injury for NYC FC is Anton Tinnerholm who is out with an Achilles tendon injury since last October.

In these tables, you can check out the most recent odds and stats for the upcoming match on Sunday.

Vancouver Whitecaps aren't in the best form and they lost their first game of the season. New York City also lost their first match, but other than that, they have been in better form. NYC FC also has the head-to-head advantage in this match-up. There is a chance we will see a lot of goals, too, like in the previous games together. 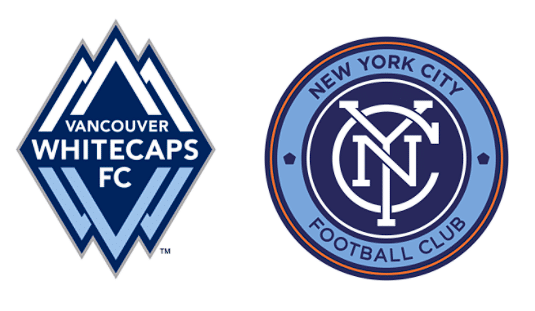