The next match we will cover is Vancouver Whitecaps vs Los Angeles. Stay tuned to find the best betting picks, odds, and predictions for the event.

We gave our betting experts the job to find the best betting picks for the upcoming fixture between the two teams, and this is what they came up with:

Remember to always double-check the odds on your bet slip before confirming anything because they are subject to change. All the lines you see in this article were taken from BetMGM, and correct when we posted this.

In these tables, you can check out not only the top odds from popular bookmakers but also the latest head-to-head statistics.

Vancouver Whitecaps will only miss two players on Sunday – forward
Lucas Cavallini who is out with a knee injury for the last two fixtures, and defender Cristian Gutierrez was missing for three matches because of his muscle injuries.

For Los Angeles, four injured players won't be able to make it on Sunday. Three of those players are defenders Erik Duenas, Eddie Segura, and Moon-Hwan Kim. All of them have been out for only several fixtures, but only Moon-Hwan Kim has a shot at playing against the Whitecaps if his injury is healed. The last injured on the squad is a long-term injury sustained by forward Kwadwo Opoku. 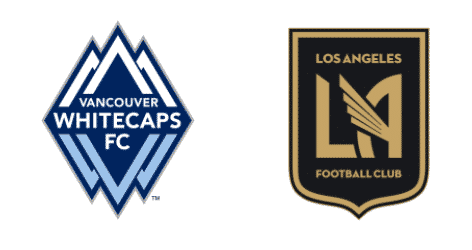