Care to guess what will happen between the Vancouver Whitecaps and LA Galaxy on the 18th of July when they face each other? We will try to give you the top betting lines and betting picks for the event.

The betting lines we are using for these picks come from BetMGM and below, you can see the top three betting picks we chose to present to you today.

Make sure you double-check all betting lines before you place these bets because they can change at any time after we post the prediction.

LA Galaxy is the team with the biggest average of goals scored this MLS season – 3.2 per match. Also, nine of the twelve games they played ended with more than 2.5 total goals scored. Eight of the twelve games for Vancouver Whitecaps this season ended with more than 2.5 total goals and their average for the season is 2.8 per game.

Statistics and Recent Scores for Both Teams

In the tables below, we have gathered all the information you need to conclude the MLS fixture between the Vancouver Whitecaps and LA Galaxy on Sunday.

LA Galaxy will have to deal without defender Daniel Steres this Sunday because of a muscle injury he sustained in June this season. The team has already played a couple of games without Steres and it should be easy for them to score three points on Sunday.

Vancouver Whitecaps are going to miss three players because of various injuries. Forward Tosaint Ricketts and defender Bruno Gaspar were injured more than a month ago and already missed five matches. Michael Baldisimo missed only two fixtures because of his injury, but we don't know exactly if it's serious. 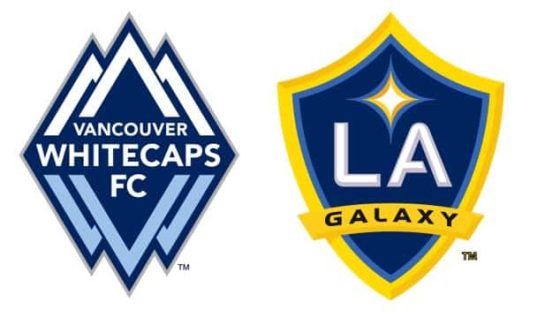 Essential Q&As for the Sunday Match