Valour take on last season’s Championship finalist HFX Wanderers in a league match at the IG Field in Winnipeg. This Canadian Premier League game features two teams who have made contrasting starts to the campaign.

Valour were able to register a 2-0 win over champions Forge in an away game thanks to goals from Moses Dyer and Austin Ricci. HFX Wanderers had a disappointing start to the season after losing 2-0 to Pacific FC in an away match. Marco Bustos and Ollie Bassett were the scorers for Pacific FC in this opening game. The top picks for the match at:

Valour were able to get a morale boosting opening-day victory over Forge. The success over the defending champions will give Valour with a lot of confidence and the team has also been able to stay in a good spot when it comes to home matches against Stephen Hart’s men. HFX Wanderers are in a spot of bother after losing the first game. The team has now suffered three consecutive losses going back to last season. The confidence is low among the visitors.

Valour and HFX Wanderers have had eight competitive meetings with just one of the games producing over 2.5 goals. Such has been the low scoring nature of this contest that it would be unwise to expect anything out of this trend.

Valour started a campaign with a positive result, as they managed a win and a clean sheet in the opening game against defending champions Forge. Meanwhile, HFX Wanderers are still waiting for their first goal of the campaign. The failure to score against Pacific will provide more pressure on the visitors. This pressure may ultimately lead to one of the teams failing to score.

Top Betting Odds and Stats for Valour vs HFX Wanderers

Valour had a disappointing campaign in the Canadian Premier League after finishing odds in the top six. Hence, there was no involvement for the team in the final stages of the competition. After beginning the new season with a victory, the hope will be quite high for Rob Gale’s men.

HFX Wanderers had to endure disappointment in the final game of the Canadian Championship. Despite finishing second in the standings, the loss against Forge will be especially hard to take. The start of the campaign has not exactly gone according to plan and this only increases the pressure on Stephen Hart.

Questions about Valour vs HFX Wanderers 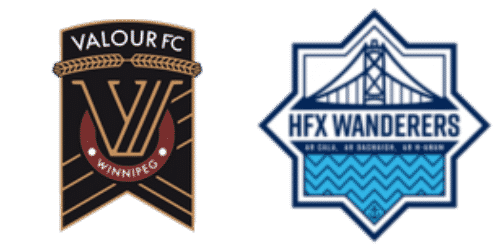 Where is the match scheduled? IG Field in Winnipeg

Which team is the favourite to win? Valour FC