Valour look to maintain their impressive start to the Canadian Premier League when they host Atletico Ottawa in the third league match of the campaign.

Valour once again produced a solid performance to secure a second consecutive victory, as they beat HFX Wanderers 2-0 at home. Atletico Ottawa were let down by some key players being unavailable, as they slipped to a 4-1 home defeat against Cavalry. The best picks for this match would be:

The start of the new season has seen Valour come up with back-to-back good performances. The spine of the team has been functioning extremely well and this puts them in a very strong position to take on Atletico Ottawa, who were missing a couple of key players in the heavy loss against Cavalry. Despite the lack of some players, Atletico’s confidence might have taken a beating. Valour find themselves in a great position to pick up three consecutive wins.

Valour are yet to concede a goal in the 2021 campaign. Even though the team was tested on numerous occasions by HFX Wanderers, goalkeeper Sirois was able to come up with all the answers. Going forward, the team has been able to keep themselves in a good spot with regard to chances created and chances converted. The lack of strength for Atletico Ottawa in some key areas could end up handing another clean sheet to Valour.

The opening two matches have seen Valour strength in different areas of the pitch. Even in the against HFX Wanderers, Valour were tested at the back on a couple of occasions and they came out with flying colors. The lack of strength for Atletico makes them quite weak going forward.

Valour are aiming for three consecutive wins that would help them keep up – or even overtake – Cavalry at the top of the table. So far, this season has witnessed consistent performances from Rob Gale’s men. They are one of the two teams in the division yet to concede a goal and this says a lot about the spine of the team.

Atletico were badly missing key players like Chris Mannella and Viti Martinez in the loss against cavalry. Now, the team has to deal with the added pressure of being able to perform when confidence not so great. The match against Cavalry would have also exposed to some of the weaknesses of Atletico Ottawa, who tend to dominate matches when the midfield is at their best.

Questions about Valour vs Atletico Ottawa 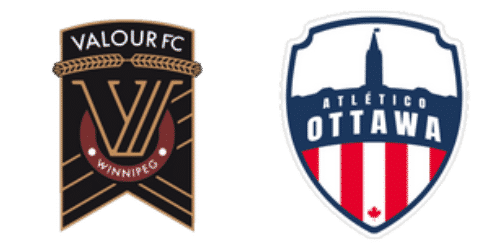 Which team is the favorite to win? Valour FC