The US Women's national team is very popular among fans and the team has had quite the achievements over the years, including winning a medal in every FIFA Women's World Cup (four of which are gold medals). At the Olympic games, they have four gold medals and one silver medal, for now.

The team also won eight CONCACAF Women's Gold Cups between 1991 and 2018 except for 2010 when they got third place and 1998 when they didn't participate. They have also participated in the Tournament of Nations, SheBelieves Cup, and Algarve Cup (winning many of them), among other tournaments.

In this article, we will discuss the upcoming matches and the USWNT schedule for the rest of 2021, so if you are a fan of women's soccer, then continue to read this article.

In July this year, the USWNT will participate in two international friendlies against Mexico. The first match will be on the 2nd of July and it will begin at 2:00 EEST. The fixture will be held at Patt & Whitney Stadium at Rentschler Field, East Hartford, Connecticut. Broadcasting TV networks include TUDN and FS1.

The second friendly match between the USWNT and Mexico will be on July 6th and it will kick off at 12:00 EEST. The match location is the same as before – Patt & Whitney Stadium at Rentschler Field, East Hartford, Connecticut. ESPN and TUDN have the right to broadcast this match.

Ticket sales for these matches started more than a month ago and you can buy them online if you want to attend in person.

For the rest of July, the USWNT schedule includes the matches for the Tokyo Olympics group stage. The opponents were drawn in April, after being delayed. The first match is against Sweden on the 21st of July. The fixture will be at Tokyo Stadium and will begin at 11:30 EEST. The second fixture is against New Zealand and it will begin at 2:30 EEST on July 24th. The match will be played at Saitama Stadium. The final group stage match is against Australia and will be on July 27th at 11:00 EEST. The fixture will be at Ibaraki Kashima Stadium.

The knockout stage for the women's Olympics teams will be held between the 30th of July and the 6th of August, 2021. Assuming the United States Women's national team advances to the knockout stage, they will be playing at Kashima Stadium, Saitama Stadium 2002, and Hitomebore Stadium Miyagi for the quarter-finals on July 30th. The semi-finals will be on the 2nd of August at Nissan Stadium and Kashima Stadium.

The rosters for the women's Olympic Summer games were announced on June 23rd this year and the USWNT will feature the following players:

Among the reserves are Jane Campbell (goalkeeper), Catarina Macario (midfielder), Lynn Williams (forward), and Casey Krueger (defender). Heath hasn't played since the beginning of 2021, where she got an ankle problem, and Julie Ertz is also injured since May with knee problems, but she is expected to be back for the group stage matches.

In charge of the team, for the first time since 2019, will be Vlatko Andonovski. Since beginning to manage the US Women's National team in 2019 he has a 95%-win rate and hasn't lost a game yet. There is only one tie in the twenty-game history of the team since 2019. 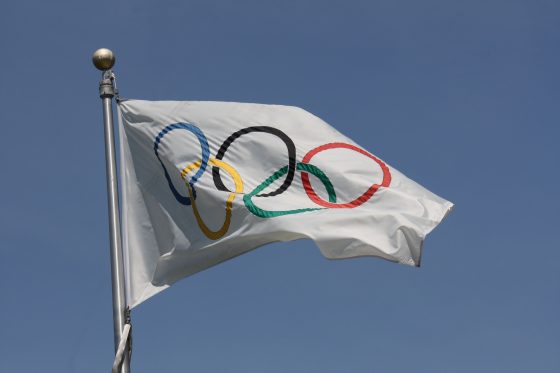 Last year many of the international friendlies on the USWNT schedule were canceled, like many other Soccer matches that year, March being the last month of the normal schedule and the team won with 3-1 against Japan for the SheBelieves Cup.

Their matches against Brazil and Australia, which were due in April, were canceled. At the end of the year, the team only played one international friendly match in November against the Netherlands.

The start of 2021 was good for the US Women's national team. In January they won two friendlies against Colombia and in February, they won the SheBelieves Cup (their fourth title in the tournament). During that event, they played against Canada, Argentina, and Brazil.

In April they drew with Sweden and won against France, which left them continuing their unbeaten streak. In June, the USWNT played the “Summer Series” games against Nigeria, Portugal, and Jamaica, and they won all three of them.