This article is for the upcoming 2020 Tokyo Olympics semi-final between the USWNT and the Canadian Women's national team, which will be on the 2nd of August. If you want to see more Tokyo Olympics odds, including for the final, check out our site.

These are the top betting picks for the Olympics Women's soccer semi-final between the USA and Canada. The odds below are from the bookmaker BetMGM.

Keep in mind that you have to double-check the betting lines on the bookmaker platform before finalizing your bet slip because they are subject to change.

The USWNT won eight of the last ten fixtures they played and also won four of the last five head-to-head matches against the Canada women's national team. Canada Women's Olympic record is a bronze medal, while the USWNT has won four gold medals in the past.

In these tables, you can see the most recent match histories of both teams and the latest times they played against each other, including the scores.

The USA women's national team tends to win its recent games with significant goal differences, so we are expecting the same here, after all these are the Olympics and they should be in their best form. 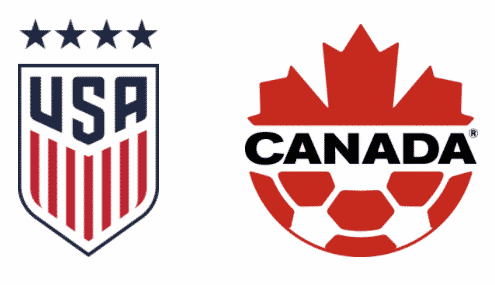