Let's check out the United States vs Uruguay fixture, which will be on June 5th this weekend. If you want to see more odds and predictions, you are welcome to visit our website's latest articles.

We tasked our betting experts with finding the best predictions and free picks for the United States vs Uruguay match on Sunday, and this is what they came up with. All odds used here are from BetMGM and correct at the time of writing. Before placing these bets, check your bet slip.

Half of the matches between Uruguay and United States ended with more than 2.5 total goals scored, and based on their most recent matches, we think that Sunday's game will also end with more than 2.5 total goals scored. Three of the last five matches for United States and half of the last four games for Uruguay ended that way, too.

Lineups and Injuries for United Stats vs Uruguay on Sunday

In this section, you can check out the most recent injury news for both teams before their upcoming international friendly.

The USMNT doesn't have any injuries or suspensions, so they will be at full strength this weekend.

Uruguay doesn't have any suspended players, but Giorgian de Arrascaeta is out with a knock injury since the end of May.

Below, you can prepare further by looking at the latest match histories and team forms for both teams before their fixture on Sunday.

Sunday's international friendly will most likely end with a clean sheet and more than 2.5 total goals scored, as the last three home games for United States ended. Uruguay has won more games against USA than the other way around, and we think that this game will be interesting, to say the least. 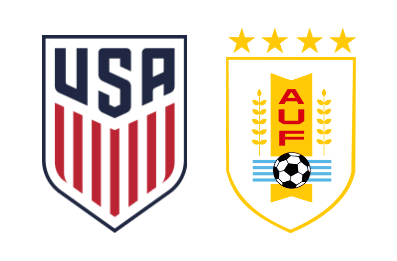 United States vs Uruguay: Q&As Regarding the Match