Let's go over the details and betting lines for the upcoming United States vs El Salvador World Cup qualifier, which will be this Friday on the 28th of January. You can also check out the latest stats between these two teams.

Latest Predictions and Picks for United States vs El Salvador

After reviewing the match, we think that the following predictions and picks are the best for Friday. The odds you see here are from BetMGM and are subject to change. Make sure to double-check your bet slip before continuing.

The United States national team is the favorite here even though they had a surprising amount of draws and losses in the last ten games they played, which is something we weren't used to last year. Even with that in mind we still think that they will most likely beat El Salvador as they did in four of the last five matches they played together.

Four of the last five matches for both the USMNT and El Salvador ended similarly with fewer than 2.5 total goals scored. With that in mind and the fact that the last time they faced each other there were no goals scored at all, we think that Friday's match will end with under 2.5 total goals.

Information and Lineups Regarding United States vs El Salvador

Let's see how the squads will be this week and if they are prepared to face each other with full force.

The USMNT has the advantage once again because they don't have any injured or suspended players for Friday's match.

El Salvador's national team isn't as lucky as their opponents because they will be missing a player due to an illness. Forward Nelson Bonilla already missed one match because of this issue.

Below, you can see the latest head-to-head statistics and odds for the upcoming United States vs El Salvador fixture.

The United States national team will have to work to catch up to the first position and a win against El Salvador is just what they need to claim the first position now that Panama is catching up to the big three in the group. We think that that is the most likely outcome and that there won't be that many goals scored. 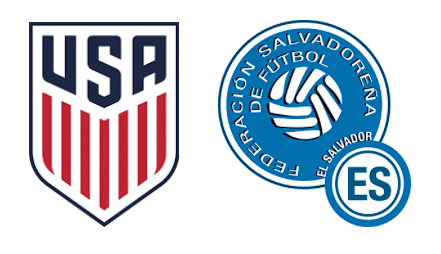