Let's go over the Thursday fixture between United States and Costa Rica. You can see the top free betting picks and predictions for it below. If you want to see more North/Central America World Cup Qualifier odds, you should check out our website.

These are our top three betting picks for the upcoming North/Central America World Cup qualifier between United States and Costa Rica.

These odds are all from the BetMGM bookie, which is our recommended one for this match. Before wagering makes sure to double-check the odds on your bet slip.

Almost all of the matches between Costa Rica and the USMNT ended with clean sheets in the past. Specifically, nine of the last ten head-to-head games they played. Also, for both teams, three of the last five qualifiers they played ended the same way.

The USMNT and Costa Rica have already faced each other once this year, and just like in four of the last five head-to-head matches between them, the USA won the match. They also have more points in the current World Cup qualifiers table (two points ahead of Costa Rica), and are in second place, which will still get them a place in the World Cup.

Almost all of the qualifiers in the group that Costa Rica and the United States played ended with fewer than 2.5 total goals scored. That includes four of the total five fixtures. Also, four of the last five times these two teams played together, the match ended with the same outcome (under 2.5 goals).

In the tables below, you can check out the latest match histories and statistics for the United States vs Costa Rica match.

The United States’ sudden loss against Panama is surprising, but they are still high on the table. Keep in mind that the top three teams in the North/Central America Qualifier group will continue to the next stage of the tournament, so they still have a chance. We also can't overlook the fact that the USMNT has won plenty of matches against Costa Rica in the past. We don't know of any injured or suspended players on either of the squads, so they will be playing at 100% on Thursday. 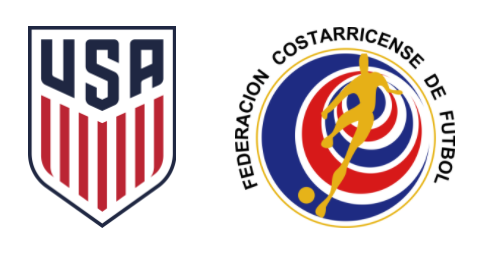