Here are the predictions and free picks for Toronto vs Seattle Sounders match. We used betting lines from the BetMGM bookmaker platform, and before you place any of these wagers, make sure you double-check the betting lines.

Toronto is nearly at the bottom of the Eastern Conference table, while Seattle Sounders are in the mid-table region right now. Also, there is a big difference in form with the Sounders’ last five games only having one loss, while Toronto lost or drew three of the last five games they played. Last but not least, Seattle Sounders beat Toronto head-to-head in three of the last four matches between them.

Latest Lineups and Injuries for Both Teams Before Their Game

In this section, you can check out the most recent lineup news we have for each team before the game.

Toronto still doesn't have any suspended players, but Noble Okello is out with an injury and won't be playing this weekend.

Seattle Sounders have a total of four injured players on their squad. Xavier Arreaga, Joao Paulo, Raul Ruidiaz, and Obed Vargas are all injured.

Below, we listed all the recent scores and match histories for both Toronto and Seattle Sounders for you to see their form. 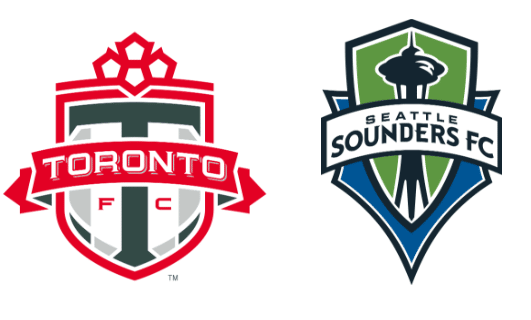 Prevalent Questions Regarding the Toronto vs Seattle Sounders Fixture