On Sunday, we will witness the fourth Canadian derby this year in the MLS between Toronto and Montreal. Will Toronto finally get the upper hand, or will Montreal take three points once again?

These are our top betting picks and predictions for the Toronto vs Montreal match this weekend. If you are interested in more MLS odds, you should check out our website.

These odds are from BetMGM and are subject to change. Make sure to check out before betting vi your bet slip.

All of these statistics are valuable information if you are planning to bet on Toronto vs Montreal, so check them out before the match.

Final Conclusion Regarding the Toronto vs Montreal Clash

The injury situations at both teams seem very concerning. Let's start with the hosts, they have a total of six injured players on the squad in various positions. Among them, three are out with abdominal strains and the rest are out because of a knee injury (Akinola), back injury (Perruzza), or an ankle injury (Priso-Mbonque).

For Montreal, there are a total of five injured players with various injuries, including Assi, Hamdi, and Struna. Overall, we don't think that Toronto will win the match this weekend because of their form mainly and the fact that they are missing many important players. 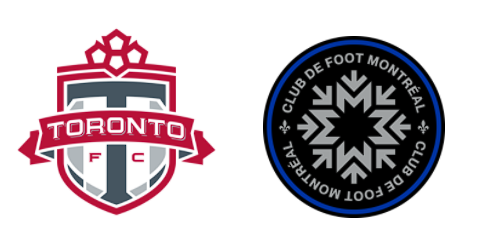 Questions & Answers About Toronto vs Montreal