Let's review the upcoming Toronto vs LA Galaxy fixture, which will be played on the 1st of September. If you want to see more MLS betting picks, you can check out our latest articles.

Latest Picks, Odds, and Predictions About Toronto vs LA Galaxy

Our betting experts reviewed the game and came up with the following betting picks for Thursday's match. All odds you see here are from BetMGM, and check them out before wagering because they are subject to change.

There have been plenty of matches between Toronto and LA Galaxy that ended with both teams scoring goals, like three of the last four they played. Also, we have seen that same outcome in four of the last five games that both teams played (separately). If their next game on Thursday doesn't end with goals from both sides, we would be surprised.

Info About the Thursday Lineups Regarding Toronto vs LA Galaxy

In this section, you can read all about the injured or suspended players and how their injuries will affect the team.

Toronto doesn't have any suspensions on their team but Mark Kaye and Quentin Westberg won't be attending the game because they are out with injuries at this time.

LA Galaxy's only injured player right now is – Jorge Villafana who has been injured since the beginning of this year. The team doesn't have any suspended players at this time.

Match Statistics for Toronto vs LA Galaxy on Thursday

In the table below, you can check out the most recent match histories and scores for the upcoming Toronto vs LA Galaxy fixture.

For Thursday's game between Toronto and LA Galaxy, we think that there will be a lot of goals scored on both sides. Both teams are in fairly good form with three wins, one draw, and one loss in their last five games together, and they are both mid-table teams in their separate conferences right now. 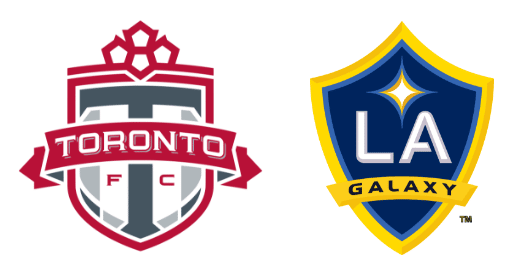