The two biggest contenders for the first spot will battle each other this Sunday. Ranked first Club America will be at a disadvantage visiting the 2nd position Deportivo Toluca. Stay tuned for the best free betting predictions.

Here is our team of experts take on the current game:

The odds are true at the time of writing. Always check with your bookmaker before placing your final bet because the odds change at all times without notice.  Our recommended bookmaker for this match is BetMGM.

The most successful Mexican club is at it again – demonstrating to other teams how it is done. With a  nearly flawless campaign so far Club America deservingly is leading the table. Just 3 goals conceded in 8 games is what sets them apart from the other teams. Deportivo has scored 2 more goals than them, but also conceded 7 more. America is also in better form winning 8 of its last 10 games, and drawing the other two, which means that they are still unbeaten. On the other hand, Toluca won 5 matches and lost 3.

With just how solid America's defense is, it is very hard for us to advise you to bet on Toluca finding the net versus this particular opponent. Historically in head-to-head matches, the BTTS – Yes option prevails, but of course, there always are exceptions and we feel that this is such one.

Looking through Club America's personal match history – the team we expect to dictate the game, we see that 80% of their last 10 matches have had less than 3 goals scored. With Deportivo Toluca this percentage drops quite a bit because the side often scores 2-3 goals to lesser ranked sides. However, we all know that Club America is the most feared Mexican team and it won't allow Toluca to play its own game easily.

Toluca vs Club America: The latest stats and selection of the best odds

A pivotal point in the campaign

The current Liga MX game could prove to be one of the most important in the current Apertura edition. The favored outcome – Club America winning, would set them apart from the rest of the teams with a healthy 6 points lead.

However, the game is of equal importance for Toluca too. If they manage to take the three points home, they would equalize America at the top, and from then on nothing will be decided. A draw is the least exciting option, and wouldn’t give too much of an edge to any of the two squads. 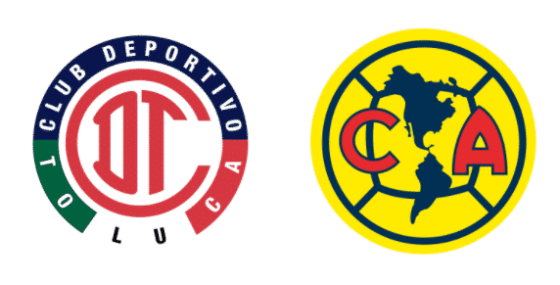