With neither Tijuana or Tigres in great form the season kick off doesn't arrive at the perfect time. Even so, points are on the line now so who will take them? Find out with our Tijuana vs Tigres match preview with free tips, predictions and odds mentioned along the way.

Our tips for Tijuana vs Tigres

Too tight to call

Tijuana might be unbeaten in three matches and we expect that run to continue; we don't think they'll be taking three points though. Tigres have only lost three of the last 10 matches and have a strong head to head record having not lost in 11 matches; there have been a host of ties in that time though. In fact, two of the last three meetings between the pair have ended level. We could well see that happening again here with the sides not finishing a million miles apart in the Clausura last season either.

If anyone steals a win, it will be Tigres

We might have just made the prediction of draw but if you're looking to plump for a winner then our thoughts are that Tigres will snatch it; a draw no bet wager is the way to go though. As we've touched on, Tigres have bossed the head to head with Tijuana managing just two wins from 10. On top of that, although their form over the last five is slightly worse, the longer term picture shows Tigres are in the better place; they've lost just three compared to the six defeats Tijuana have faced.

Not the most entertaining watch of all time

The over/under goals market can often be seen as a coin toss. Not in this game; going under 2.5 goals looks to carry real value. Tigres' last five matches have seen a total of just six goals with only one game in excess of 2.5 goals. For Tijuana, the story is similar; again, just one match has seen three or more goals with a total goals haul of 11. In terms of game averages in that period it means the teams have seen 1.2 and 2.2 respectively.

Tijuana vs Tigres: Check out the latest form

An extremely tight game that could go either way

Tijuana might be on a three match unbeaten streak but their longer term form and head to head performance against Tigres is extremely ropey. Scoring goals has been a big slice of their problem. If they're to find some consistency to results then a goal scorer is key; can Mauro Manotas be that man? Tigres' recent form has been a tad worse than Tijuana but longer term they've been good enough. Like their hosts they don't score loads. Their defence is strong though and that means they stand a chance of taking points from every match.

Pre-match Qs on Tijuana vs Tigres 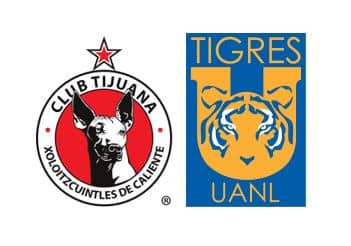