We have another bottom half of the table clash on our hands with Tijuana hosting its Round 5 fixture versus Puebla on the 18th of August. This article will provide you with the best free betting tips for the game at hand.

After a thorough analysis, here is our team of experts’ opinion on the game:

You should always check your bet slip before finalizing your bet, as the odds may change at all times without notice. Our recommended bookmaker for this match is BetMGM.

Both sides have had a bad start to the season collecting a total of 3 games between them, after 4 league rounds. Tijuana is at the bottom of the table with just a single point, while Puebla is joined by two other teams at the two-point club. We believe Tijuana will win this game, as they have the home advantage, have scored more goals, despite having fewer points, and have a better head-to-head result vs Puebla. Six of their last 10 meetings have ended in a Tijuana victory, three of them have been drawn and Puebla has got a single win.

A BTTS – Yes result seems to be rather a rare outcome of this match-up. Only 3 of their last 10 head-to-head games saw both teams got on the scoreboard. Furthermore, five of Tijuana’s six wins over Puebla happened while keeping a clean sheet. This is more than an 80% win rate in the cases when Tijuana is winning.

As we already covered this isn't the most eventful match-up in Liga MX. In 10 head-to-head clashes, there have been just two games that resulted in over 2.5 goals. In its individual match history, Puebla has 9 Under 2.5 Goals games and Tijuana has 6.

Tijuana vs Puebla: The latest stats and selection of the best odds

Check the latest available stats about this Liga MX match-up between Tijuana and Pachuca:

Who will be able to take off of the bottom?

Being at the bottom of the league is a place that no club wants to see itself at. Surely both Tijuana and Puebla are looking forward to scoring some points and moving up the ladder. Will any of the two teams be able to get away with the full amount of points from this game, or will they split them? We will only know once the 5th Liga MX round has officially passed.

Puebla just had its best finish in the last 10 years in the Clausura. Right off the bat, it seems that the team won’t be able to replicate the success of this campaign. 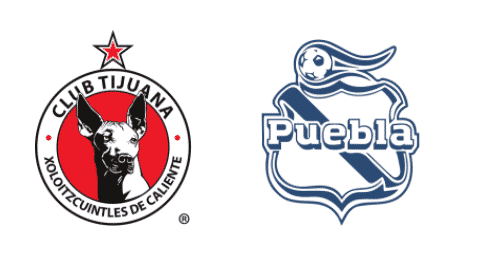