A what is expected to be a real thriller at the bottom of the table on the 21st of October does provide some great betting picks.

Tijuana vs Guadalajara: Top Predictions and Betting Lines for Thursday

It would be an understatement that the two teams aren’t performing well enough this season. Guadalajara is one of the lowest-scoring teams in the league with only 8 goals so far and Tijuana is dead last and has the worst defense in the entire league – a total of 22 goals conceded. For comparison – Guadalajara has only 10 goals conceded so far. In their last 5 games against each other in 3 of them Guadalajara emerged victoriously, 1 ended in a tie, and 1 win for Tijuana.

When you have one of the best defenses in the league – Guadalajara has conceded only 10 goals, against one of the worst attacks – Tijuana has scored only 10, a perfectly normal idea would be to assume that Tijuana will not score in this game. Tijuana didn’t score in 3 of their last 5 games, while Guadalajara have a set of 5 out of 6 games that ended in very few goals where one of the team did not score at all.

The fact that Tijuana has only 10 goals In 11 goals really led our experts to believe that a low number of goals can be expected this Thursday too. In 5 of the last 5 games between the two, the result ended in Under 2.5 goals in total. Tijuana is in a row of 2 games ending in Under 2.5 goals. There will not be too many injuries for Tijuana, but this wouldn’t help them much as their starting 11 aren’t winning many points for the team.

Head-to-head data for the Tijuana vs Guadalajara game

Those are the key head-to-head statistics and odds for Tijuana vs Guadalajara match:

Battle at the bottom

Both teams are in a very bad place right now. Their place in the table says it all – one is last and the other team is at the 14th position. A victory for either side will provide a breath of fresh air and if we have to judge by the statistics supplied by our experts above, a victory for Guadalajara or a possible tie is what is to be expected out of this game. Most likely a 1:1 or 1:2 to Guadalajara is the outcome of this game. 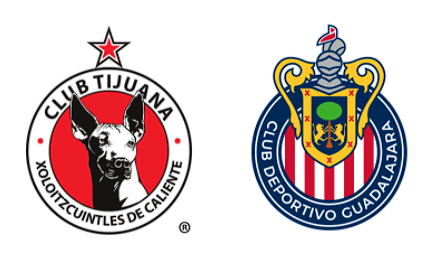 Common questions for the Tijuana vs Guadalajara game: