Bottom of the table Tijuana will have the challenging task of hosting this Round 12 Liga MX fixture versus Cruz Azul. Stay with this article for the best free betting tips available online for the current match-up.

Here are our experts’ top 3 free betting tips for the game:

Always check your bet slip before placing a final bet. The odds, true at the time of writing, are subject to constant changes. Our recommended bookmaker for this match is BetMGM.

Tijuana is having a disastrous season, constantly trying to get up off the bottom of the ranking. Their match with Cruz Azul could only deepen their already existing troubles. Head-to-head, the visitors won half of their last 10 meetings, while Tijuana has won just twice. Cruz Azul’s goal difference is far superior at +4, compared to the –11 of their opponent. This is by no means a safe bet though, as Cruz Azul has faced struggles in recent times, but we believe that they are experienced and skillful enough to close the game out.

Tijuana is the highest conceding team in Liga MX, thus sitting at the bottom spot. They've allowed 20 goals in 12 matches, and an average of 1.33 conceded goals when playing at home. However, they've also scored 2/3 of their goals at home. Head-to-head, the last 4 games between the two had a BTTS – Yes result and Cruz Azul has conceded in 4 of its last 5 matches.

With the higher conceding club enjoying the privilege of hosting the game and having the home team advantage, we don’t think too many goals will get scored. Head-to-head, just 40% of their meetings have failed the under 2.5 goals bet. Cruz Azul which we expect to dictate the pace of the game, have had only 3 of their last 10 games going over 2.5 goals.

Tijuana vs Cruz Azul: The latest stats and selection of the best odds

Struggling Tijuana still not out of the fight

You got to love the Mexican top-flight. Two-thirds into the campaign, the ranked 18th Tijuana still has the chance to lift the title. For this to happen, the hosts need to move at least 6 places up. This translates to 6 points. With 7 remaining games, the final top 12 is far from set. With just two victories the underdog Tijuana can become a part of the Liguilla. 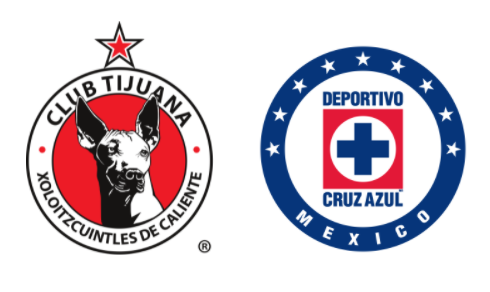