Tijuana is the worst-performing team in Liga MX so far and it is very unlikely that the team will be able to show a different face in the Club America clash.

Tijuana vs Club America: Predictions From The Experts And Top Picks

A total no-brainer. Club America will demolish Tijuana on the 24th of July and this will give the betting man some great opportunities:

Tijuana managed to earn only one point this season – in the opening fixture against Pumas UNAM. The other two games both ended with losses. One of them was even a humiliating home defeat by last season’s Liga MX punching bag Juarez. The head-to-heads with Club America also don’t look promising for Tijuana. Seven of the last 10 games between Tijuana and Club America ended with Club America victories, two games were tied, and Tijuana got the victory only once.

Over 2.5 Goals At Tijuana vs Club America

Six of the last 10 games between these two teams ended with plenty of goals. Club America had only one game so far this season that ended with more than two goals – the 3:2 defeat from Monterrey. Just recently the team had a game against one of England’s top teams – Chelsea FC and that game ended with a 2:1 result for Chelsea. We will see a very attacking Club America side on the 24th of July. 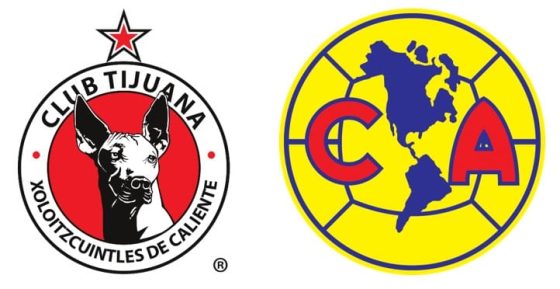 Only one player will miss this game and he is on Tijuana’s roster.

Lucas Rodriguez received a red card in the game against Juarez and he will miss the Club America battle. He is the only player to score a goal for Tijuana this season so his absence will be felt quite a lot.

Richard Sanchez was the hero for Club America in the game against Toluca with his late 93rd-minute goal. He will be in the starting 11 for the game against Tijuana. Another player who will undoubtedly make an appearance is the team captain Guillermo Ochoa who has been a rock and earned two clean sheets so far.

If you want to make the best possible bet, then you must browse through our charts. They have valuable information concerning the latest odds and statistics:

It’s been more than three years since Tijuana’s last victory against Club America. And even the 3:2 victory on the 7th of April, 2019, was so close that we don’t consider it a major success for Tijuana. Club America was at the top of the table in the Apertura last season and it’s safe to say that this is Club America’s time to shine. Predictions for anything other than a comfortable victory for the away team in this game are just not serious. Our soccer experts predict a 0:2 or 0:3 victory for Club America.

Key Questions For The Tijuana vs Club America Game: