Looking for its first victory of the season, Queretaro will be visiting Tigres UANL. The hosts also are looking for their first home side victory this campaign, so it will be an interesting match. Stay tuned for the best free betting tips for this fixture.

Our experts analyzed the match-up and chose the following free betting tips:

The odds are true at the time of writing. Remember to always check your bet slip before finalizing your bet. Our recommended bookmaker for this match is BetMGM.

After playing 8 of its last 10 games on the road, Tigres UANL will be back to hosting ways. Its opponent in the 5th Round is the league’s underdog Queretaro. The guests have managed to score just a single goal in their 4 league games, having the worst score together with UNAM Pumas. What would seal the deal for this bet are the head-to-head stats. Tigres UANL won 4 of the last 5 games, drawn the other one, all while Queretaro managed just a single goal across these 5 games.

As we just mentioned, the head-to-head stats spell disaster for the visitors. Their struggle to score goals is real and that's what most likely wins this bet for us. On the other hand, Tigres' defense this season is yet to have a perfect game, but we still believe Queretaro would fail to score.

Despite being convinced that one of the two sides won’t find the net, we prefer to back the over 2.5 goals bet. Tigres UANL can easily win this game, and they can win it by a margin. We’ve seen some goal shows in this match-up, with Tigres going to town and scoring 4-5 goals on its own.

Tigres UANL vs Queretaro: The latest stats and selection of the best odds

It's been a bumpy start for Mr. Herrera ahead of the team of Tigres. Five points in 4 games aren't that bad, but in Liga MX every missed point could cost you later in the season. It's also normal for the team to get used to the new coach. After all, its previous manager – Ricardo Ferretti was at the wheel for over 10 years and 500 matches, winning 4 Apertura and 1 Clausura titles, as well as the Copa MX and CONCACAF Champions League.

Queretaro on the other hand is one of the most uneventful Mexican sides. It has won just 2 major trophies in its 70 years history and did it just recently – the Copa MX in 2016 and the Supercopa MX in 2017. 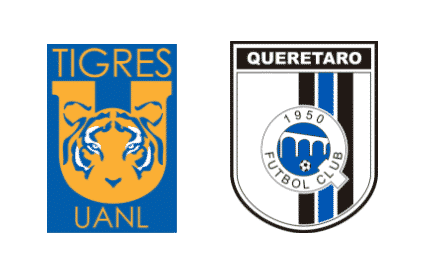