The only side still lacking a draw in its record – Necaxa will be traveling just under 500 kilometers to San Nicolás for a game versus the local Tigres UANL. Stay with this article as it will provide you with the best free betting tips for this game.

Always check your bet slip before finalizing your bet. Even though the odds are true at the time of writing they may change at all times. Our recommended bookmaker for this match is BetMGM.

Tigres is one of the most feared clubs in Mexico and rightfully so. Make no mistake, the hosts are the favorite in this matchup. In their last 10, they've won 5, drawn 4, and lost 1 versus Necaxa, and have a much better goal difference in the current campaign. Furthermore, Tigres is unbeaten at 5 home games and has conceded just 4 of their 11 goals when hosting the match. Necaxa has won 4 games, but 3 of them were versus some of the worst-performing sides – Juarez, Tijuana, and Pumas, but also lost to Queretaro.

The visitors’ goal-scoring form is far from the level it needs to be so we can comfortably back the BTTS – Yes option. In general, Necaxa averages just over 1 goal per game, however when playing on the road their performance drops off. In 5 games on the road, Necaxa has scored a total of 4 goals.

For this wager, we are looking mainly at the head-to-head statistics. In their last 10 meetings, only 3 games resulted in an Over 2.5 Goals bet, and in all 3 of them, Tigres got over the 2.5 goal mark completely by itself. Necaxa on the other hand doesn’t score too many goals, so it will all be up to Tigres to decide the fate of this bet.

Tigres UANL vs Necaxa: The latest stats and selection of the best odds

Will the favorites prove that they are currently better than Necaxa?

Tigres UANL is definitely going to get the advantage in the first half thanks to their star forward Andre-Pierre Gignac (unless he is on the bench). They already proved that they can beat Necaxa multiple times in the past, including in three of the last four head-to-head matches they played together. Tigres have two injured players that won't make it on Sunday – Francisco Meza and Nicolas Lopez. 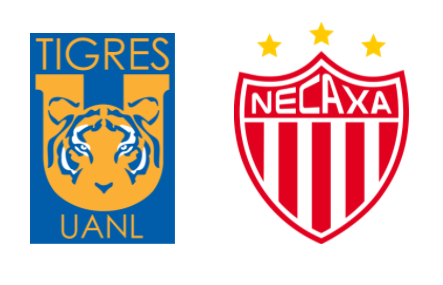 What are the most frequently asked questions for this game?