Perhaps the highlighting clash of the 8th Liga MX Round will be the game between Tigres UANL and Leon. Ranked 2nd and 4th the outcome of this game could be of great importance later in the campaign.

We went through the statistics and data for the Tigres UANL vs Leon match this weekend. Here are the top free betting tips brought to you by Football Whispers:

The odds are true at the time of writing, however, they are subject to constant changes. Proceed with caution when placing your final bet.  Our recommended bookmaker for this match is BetMGM.

We have two of the most consistent and capable Mexican clubs facing off. The Match Result odds are slightly in favor of Tigres, due to them having the home-side advantage, but mainly because of the dominant head-to-head statistics that Tigres has over Leon. The visitors have been unable to defeat their opponent in any of the last 10 times they played each other. 4 Tigres victories and 6 draws, make us pick the DNB market, to hedge our bet.

Although not many goals see the light in this match-up, the bigger portion of their most recent meetings had a BTTS – Yes result. To be exact this happened in 6 matches. Furthermore, both teams are in great scoring form with the hosts finding the net in every league game so far, while Leon failed to score only in its first match of the season.

Despite goals being scored on both sides, the trend suggests that this game might produce less than 3 goals. Head-to-head 80% of their last 10 games resulted in an Under 2.5 Goals outcome.

Tigres UANL vs Leon: The latest stats and selection of the best odds

In this part of the article you can check the available stats about this Liga MX match-up:

The outcome of this game could determine how the top 3 in the Liga MX looks. Tigres is sitting in 4th place with 12 points, 2 behind 2nd placed Leon. A victory would be very welcome by either team, as it would mean a great position change for them.

Three points for Leon would equalize its tally to the league leader Club America. Three points for Tigres would mean that it will not only enter but solidify its position in the top 3. The hosts need to be cautious as there are 8 teams, just 3 points away from overtaking them. 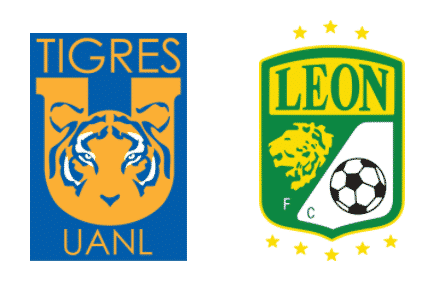