Last day of the month but certainly not the last game in which Tigres UANL and Guadalajara will strive to improve their performance in Liga MX.

Looking over at Guadalajara’s performance so far this season we can see a lot of ambiguity going around. They have one of the best defenses in the league, but also one of the worst attacks with an 11:11 goal difference. Meanwhile, Tigres UANL is the team with the 2nd best attack in the league, netting a total of 21 goals in 15 games. In the last 10 games they played against each other Tigres UANL emerged victorious on 5 occasions, 2 ended in draws and 3 times Guadalajara won the game.

Out of those 10 games 7 ended in one of the sides failing to produce enough chances that result in a goal. Guadalajara’s attack is not doing good at all and seeing as the game is an away visit for them the troubles on that front will be even greater. Their troubles will be further burdened by the injuries in the club – both Ernesto Alexis Vega and Jose Jesus Godinez will miss the game due to injuries and it seems that replacements can’t be found anywhere.

With all those injuries the tendency to fail to produce enough shots at target will continue. Guadalajara is in a streak of 9 games ending in Under 2.5 goals which is something we should not ignore. Tigres UANL, despite their admirable goal-scoring record so far, also failed to be a part of a very fruitful 90 minutes in 4 of the last 5 games they played.

Head-to-head data for the Tigres UANL vs Guadalajara game

Those are the key head-to-head statistics and odds for Tigres UANL vs Guadalajara match:

All the data we collected leads to this prediction – Tigres UANL will achieve a very thrifty but valuable 3 points with a narrow win against Guadalajara. Such is our prediction due to the fact that Guadalajara doesn’t seem like a side capable of producing enough chances to compete against the top clubs in the league. Meanwhile, Tigres are showing no mercy against their opponents and a victory is something veteran coach Miguel Herrera will demand from his boys this Sunday. Will our football experts be correct again? Tune in for the game and find out for yourself! 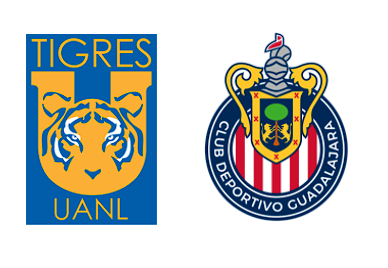 Common questions for the Tigres UANL vs Guadalajara game: