This will be the sixth time that Tom Brady will face the Dallas Cowboys and you guessed it, his record against them is 5-0. This time around, the game will serve as a season opener, one in which we will see a championship team facing an organization that lost its franchise quarterback for the season last year.

There are betting opportunities here and our crew of experts will give you the top picks we think are worth our attention. Check out the spread and the game line below.

The Cowboys are going on the road in this one, but it is obvious that the team has improved a lot over the summer. The fact that Dak Prescott is returning is an upgrade of its own. During the 2020/2021 regular season, Prescott led the NFL in passing yards all the way till week 9 when he actually injured his ankle in week 5 and hadn’t played since.

The line started at +7.0 and kept creeping up. At +7.5 we have to take Dallas because losing by more than a touchdown in the opening game is highly unlikely.

This one has to go to Tampa for so many reasons. The team managed to re-sign and retain 32 people (including all starters and coaching staff) from last year’s championship-winning team. Their chemistry will be very good. Furthermore, Dallas has a history of losing season openers. Since 2016, The Cowboys have won only 2 inaugural regular-season games, and both times it happened against the NY Giants. While their defense was improved through the draft (Micah Parsons) and free agency (Keanu Neal), beating the nuclear Tampa Bay offense on the road will be a hard task.

The odds are fairly short though, and this is why we recommend betting the money line in a parlay bet or teasing down Tampa on the spread from -8.0 to -2.0.

Cowboys @ Buccaneers picks: Players to watch in this match

Micah Parsons: It will be intriguing to watch the energetic rookie linebacker debuting against the Super Bowl champions and the greatest quarterback of all time. Parsons had an impressive pre-season although his game snaps were limited. We will see if he has what it takes to take command over the Cowboys defense

Dak Prescott: Everyone is eager to see Dak sling it again. There were multiple rumors that the QB wasn’t at 100% for the opener but the team claims otherwise. Will Prescott be able to overcome the defense that gave Patrick Mahomes nightmares in the Super Bowl? We’ll see.

Antonio Brown: Brown claims to have rejuvenated not only his career but also his life after joining Tampa and Tom Brady in particular. While he’s the 3rd or even 4th option on offense for the Buccaneers, his rapport with Brady may very well elevate him to WR2 or even WR1 status.

Our bonus picks for the Dallas Cowboys @ Tampa Bay game 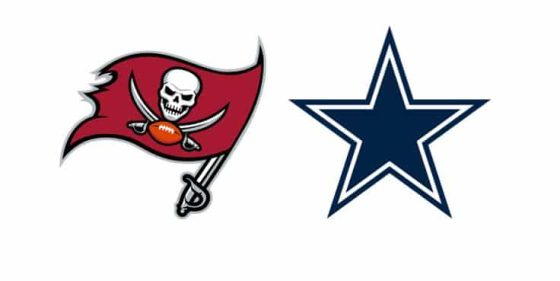 FAQ about the match at hand