Portland Timbers will be facing Sporting KC to determine if the Red Bulls have a chance to climb closer to NYC until the MLS season ends. If you want to see more MLS predictions and odds, visit our website.

Below, you can check out the top Portland Timbers vs Sporting KC predictions and free picks for their head-to-head match this Sunday. All odds are from BetMGM, our recommended bookmaker for this match-up. Before placing these bets, you should double-check the odds.

It's highly likely that both teams score during the match this weekend. We think so because seven of the last ten head-to-head fixtures between them ended with a BTTS outcome. Also, three of the last five matches for Sporting KC ended the same way.

Latest Injuries and Suspensions for Portland Timbers vs Sporting KC

Here, you can check out the most recent injuries and suspensions for the upcoming game this weekend.

Portland Timbers will have to play without Felipe Mora and George Fochive because they are out with injuries for more than a month now. There aren't any suspended players at this time.

Sporting KC has a total of four injured players and no suspensions at this time. Nicolas Isimat-Mirin and Graham Zusi got injured this month, while Gadi Kinda and Alan Pulido were injured before that.

Here are all the statistics and head-to-head data you will need to see before Sunday arrives for the Portland Timbers vs Sporting KC match.

Both Portland Timbers and Sporting KC aren't in their best forms right now, but judging by their previous head-to-head games and other matches, we believe that the Sunday match will end without a winner. We also think that it's more than likely both teams score during the game. 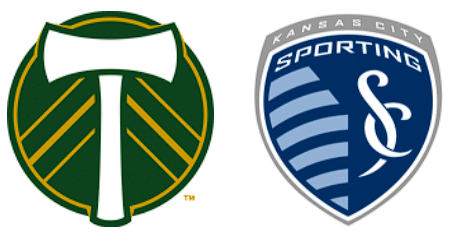 Essential FAQs You Should Read Before the Event on Sunday