Sporting KC will face Minnesota Utd on the 16th of September (Thursday), and below, you can read more about the interesting fixture, like the top free picks and betting lines for the match.

Below, you can check out our suggestions for the top Sporting KC vs Minnesota Utd betting lines and picks. Check out our website for more MLS predictions and odds, if you are interested.

All of the odds used here are from BetMGM and are subject to change. Make sure you check them out on the bookmaker platform before wagering.

The lack of BTTS outcomes affected the number of goals scored, as well. Four of the last five matches for Minnesota Utd and Sporting KC ended with under 2.5 total goals scored. Also, two of the last three head-to-head matches between the two clubs ended the same way.

These are the most relevant and recent head-to-head stats and data for both Sporting KC and Minnesota Utd's recent matches separately and against each other.

When it comes to team form, Sporting KC and Minnesota Utd haven't been that different recently, but at the beginning of the season, Sporting KC had a little more luck and was able to score more points. This led to the current twelve-point difference between the two teams.

When it comes to injuries Sporting KC has fewer people to worry about with only defenders Nicolas Isimat-Mirin and Jaylin Lindsey out with muscle injuries. That being said, on Thursday, three more players won't be able to attend the match due to national selection or personal reasons.

Minnesota Utd has three injured players that won't be able to attend on Thursday. Reynoso and McMaster are out with thigh injuries while Hansen is out with a muscle injury. 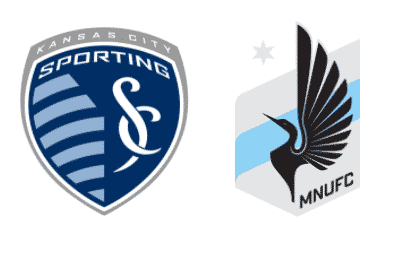 Popular Questions You Should Ask About the Thursday Match