In this article, we will check out the most popular betting picks and predictions for the Sporting KC vs Colorado Rapids fixture this weekend.

Below, you can check out the top free picks for the Sporting KC vs Colorado Rapids fixture. If you want to see more MLS predictions and lines, you will have to check out our latest articles.

Odds are from BetMGM and are subject to change. Make sure you check them out on the bookmaker site or your bet slip before confirming anything.

Now, you can check out the latest head-to-head stats for the upcoming fixture for yourself and see where our predictions come from.

Colorado Rapids have recently climbed the Western Conference table and are standing at the third position with only two points behind their current opponents Sporting KC. Another bonus is that they have only one injured player – midfielder Younes Namli – who has been out for a long time.

Sporting KC has a total of two injured players and one player has been out because of personal reasons (midfielder Felipe Hernandez). Defenders Nicolas Isimat-Mirin and Jaylin Lindsey are also among the injured and are both out with muscle injuries. Unfortunately for Sporting KC, they will be playing without midfielder Remi Walter as well because he is out with a red card suspension since the last fixture he played against Minnesota Utd. 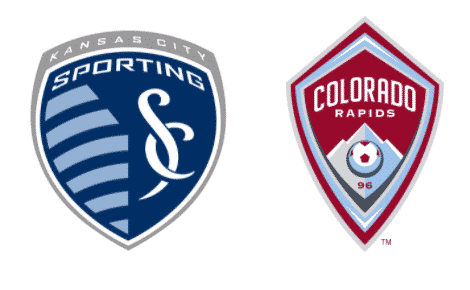