Let's check out the top betting lines and picks for the upcoming quarter-final between Sporting Kansas City and Real Salt Lake in the MLS playoffs. You can check out more MLS betting picks on our website.

Below, you can check out the top odds and statistics for the upcoming Sporting Kansas City vs Real Salt Lake fixture.

These odds are all from BetMGM and are subject to change. Before wagering, make sure to double-check the bet slip.

We have seen mostly high-scoring games at least in the recent history between the two teams. Three of the last five times Sporting Kansas City hosted a match against Real Salt Lake, it ended with over 2.5 total goals. Also, three of the last five games played by both teams in the MLS ended the same way.

Below, you can check out the most recent statistics and head-to-head data for the upcoming MLS play-off quarter-final.

The match this weekend will be a clash between the best of the best that managed to qualify for the quarter-final stage of the playoffs. Neither of the two teams qualified because they ended the season in the first place, but they fought well. Our favorite for this match is Real Salt Lake because of their positive head-to-head history against Sporting Kansas City this year and because of the home team's recent form. 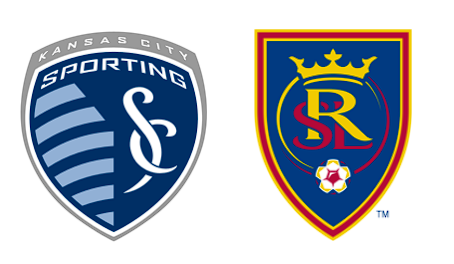