Sporting Kansas City look to remain in contention for the top spot in the Western Conference when they go up against Houston Dynamo at the Children’s Mercy Park this weekend.

Sporting Kansas City moved up to 2nd place in the table after a 3-1 win over San Jose. Houston Dynamo continued to make the most of their home matches after beating Vancouver Whitecaps 2-1 at the BBVA Stadium. The betting picks for this game would be:

Kansas City are looking to preserve an unbeaten home run, while Houston Dynamo are looking for their first away win of the campaign. The visitors have never been able to excel on the travels. Tab Ramos has been unable to get things going on the road even if his team have had a habit of scoring at least a goal. Kansas City have been coming alive after a slow start and Vermes’ men are looking on course to catch Seattle.

Houston Dynamo might struggle to get away results under their belt, but it is not down to the lack of goals. In fact, Tab Ramos has seen his team get at least a goal in each MLS match this season. Kansas City have averaged a remarkable two goals at home so far, while they usually do not concede too many goals at home. Even then, Houston represent a major threat on the counter-attack.

Alan Pulido has become the top scorer at Sporting Kansas City after his goal in the 3-1 win over San Jose. The 30-year-old has come up with four goals in seven matches for Peter Vermes’ team. He will be especially confident about scoring in this match after coming up with a goal in his first ever match against Houston. His personal record against the Dynamo is impressive with three goals in four matches.

Apart from the draw with Orlando City, Sporting Kansas City have looked imperious at home. The team earned a first home clean sheet by restricting Vancouver Whitecaps in the last home match. The advantage Peter Vermes has been the goals for his team from across the pitch. After a slow start, Kansas City have now become one of the teams on form. Andreu Fontàs, Felipe Hernandez, and Nicolas Isimat-Mirin are listed as doubtful for Kansas.

It is difficult to read too much into Houston Dynamo’s return of back-to-back wins at the BBVA Stadium. Houston has generally excelled in home matches but they have been poor on the road. The 2021 MLS season is proving to be no different with the Dynamo winless in three away games. Tyler Pasher is the only player listed as doubtful for this match. 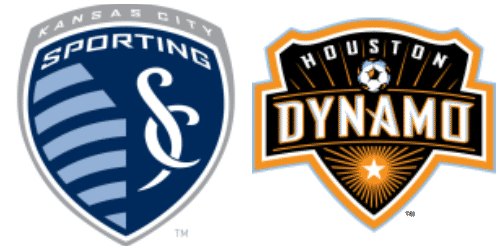 Where is the match scheduled? Children’s Mercy Park

Which team is the favorite to win? Sporting Kansas City