In this article, we will talk about the upcoming fixture between the SJ Earthquakes and Vancouver Whitecaps on Sunday. For more MLS odds and predictions, you can check out our site's recent articles.

Recent Predictions and Betting Lines for the Sunday Fixture

Below, we have listed the main betting picks for the SJ Earthquakes vs Vancouver Whitecaps fixture this weekend.

These odds are all subject to change and are from BetMGM our recommended bookmaker for this match.

Match Data, Bookie Odds, and Scores for the Match This Weekend

In the tables below, you can check out the latest match histories and scores for SJ Earthquakes vs Vancouver Whitecaps.

Our Conclusion About the Match and Team Injuries

There aren’t many injured players on both sides, and if we look at the other injured players, we can see that only one player each is down with an injury for Sunday. SJ Earthquakes’ goalkeeper Matt Bersano has been out with a hand injury since June. Also, the Vancouver Whitecaps player on the sidelines is Ciao Alexandre, who is out with a broken ankle. In the Western Conference table, Vancouver Whitecaps is leading SJ Earthquakes by seven points right now, and they will most likely win this weekend. 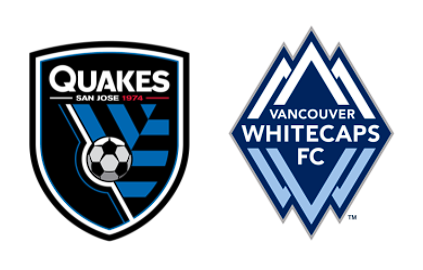 Popular Questions and Answers Abou the Fixture on Sunday