A mid-table clash between SJ Earthquakes and Los Angeles of the Western Conference will be taking place on Sunday. Read below to find the best free picks and predictions for the upcoming event.

Here, you can see our top choices for the SJ Earthquakes vs Los Angeles fixture. If you want to see more MLS predictions, you need to visit our latest articles.

All odds are from the BetMGM bookmaker platform. They are subject to change, which means that should check your bet slip before confirming.

These are the most recent match histories and statistics for the SJ Earthquakes vs Los Angeles fixture.

Will Los Angeles Climb to the Play-Off Stage After This Weekend?

Although SJ Earthquakes is currently three points behind Los Angeles in the Western Conference table, they will most likely win on Sunday. There is also a high chance that the match will end with both teams scoring and with more than 2.5 total goals scored.

Los Angeles is currently out with four players for Sunday because of various injuries, and the most recent one is goalkeeper Pablo Sisniega. SJ Earthquakes is at an advantage because they don't have any injured or suspended players, currently. 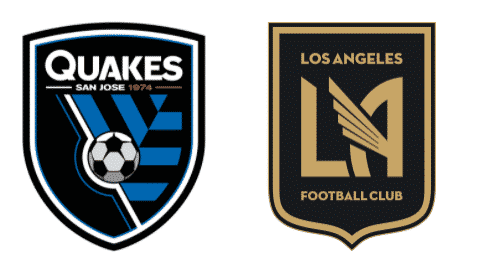