In this article, we will go through the top stats, betting picks, and odds for the MLS fixture between Seattle Sounders and Sporting Kansas City.

Here is the list of the top free betting picks for Seattle Sounders vs Sporting Kansas City that we came up with for their match on Monday.

The odds are from BetMGM but before placing any bets you should make sure that you double-check them to see if they have been updated.

In the tables below, you can see the most important head-to-head statistics for the upcoming Seattle Sounders vs Sporting Kansas City fixture.

Sporting Kansas City is lucky because they have no injured players, but on Monday against the Sounders, two of their players (forward Alan Pulido and midfielder Gianluca Busio) will be missing because they were selected to play in their national teams for the Gold Cup.

Seattle Sounders have plenty of injured players, including five men with knee injuries in various positions on the pitch. Cristian Roldan and Alexander Roldan were selected to play with their national teams in the Gold Cup and won't make it on Monday, as well. Also, defenders O'Neill and Tolo are suffering from injuries. 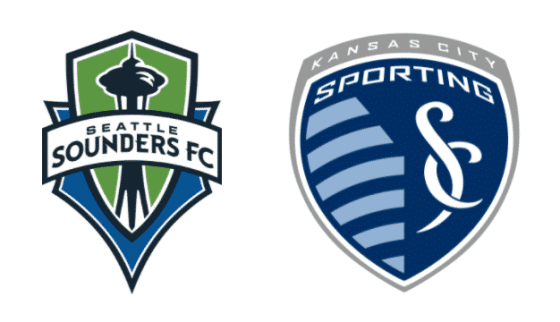