Seattle Sounders will be facing Real Salt Lake on the 24th of November. In this article, we will give you our top predictions and free betting picks for the match.

We went through the data and found the following picks and odds are the best for the upcoming Seattle Sounders vs Real Salt Lake fixture.

These odds are all from BetMGM and are subject to change. Before finalizing your wager, make sure to double-check your bet slip.

In these tables, you can see stats and match histories for the upcoming Seattle Sounders vs Real Salt Lake fixture.

The winner in this match-up will go up against Sporting Kansas City in the quarter-finals, so we expect both teams to focus. But we think that only the Sounders have the better motivation to continue because they had been battling with Sporting KC for the first place in the Western Conference table for almost the whole season and a final deciding match between them would be fitting.

Both teams each have two injured players that won't make it this weekend. Seattle Sounders will have to play without Bruin and Delem because of their knee injuries, while Real Salt Lake will miss Farnsworth and Datkovic. 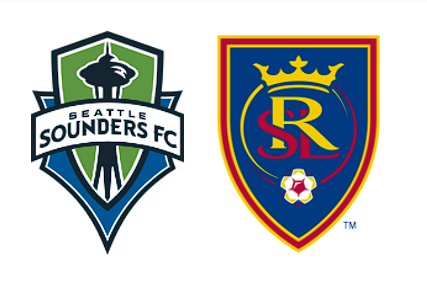