The two teams left the boring stuff in the first game so we can have a real clash in the rematch!

Betting Lines and Predictions for the Seattle Sounders vs Motagua game

The 0:0 result could be considered a nice result for both camps. Who will qualify for the next round in the CONCACAF Champions League? Let’s find out together! We would like to remind you that the odds were correct at the time of writing but double-checking at BetMGM is never a bad idea.

Seattle Sounders will be happy to get a draw in the first game as Motagua was the better side. Motagua had slightly more shots than Seattle Sounders but we believe this was mainly due to the huge travel distance that the away team had to endure. The 2000 miles travel will plague Motagua in the rematch and a further concern for the Honduras team would be the weather conditions that the players aren’t used to.

Neither side scored a goal in the first game. We don’t expect the rematch to be any different. The cold weather conditions in Canada will come as a shock to the away players and it would be a miracle if Motagua can perform as we are used to seeing them. Seattle Sounders is a decent home team in Canada as well and it will be very unlikely for Motagua to score here.

Injuries and suspensions will not plague this clash! We are expecting good performances from the two keepers.

The only injury for the home side would be the absence of the 3rd goalkeeper Andrew Thomas. Stefan Frei did an amazing job in the first game with 4 shots saved and we expect him to keep a clean sheet in the rematch as well.

Motagua is fortunate to not have any injuries or suspensions for this game as well. The most important player for the away team in this game would have to be the goalkeeper. He had a clean sheet in the first match and with the pressure of the huge travel distance in this away game, it will be up to Jonathan Rougier to keep Seattle Sounders disappointed.

The best odds for the Seattle Sounders vs Motagua game

Here are the key H2H statistics and odds for the game:

Tables have turned on the travel issue

Seattle Sounders successfully took the travel distance test in the first game and didn’t allow a goal. Now, everything will be against Motagua – the travel distance, the away disadvantage, the cold weather conditions. We believe that coach Brian Schmetzer is a good tactician and he knows how to use these things to his advantage. We predict a narrow 1:0 victory for the home team. 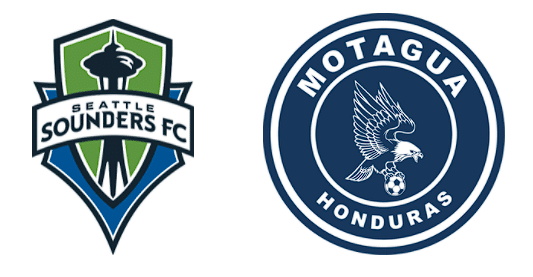 Frequently asked questions on the Seattle Sounders vs Motagua clash: