Now, we will go over the top predictions and betting lines for the Seattle Sounders vs Minnesota Utd match on Saturday. If you are interested in seeing more MLS predictions, check us out and our latest content.

The list below contains our top choices for the Seattle Sounders vs Minnesota Utd fixture this weekend.

All the odds used here are subject to change and from the BetMGM online platforms. Before betting, please double-check them.

Three of Seattle Sounders and Minnesota Utd's last five fixtures in the MLS ended with clean sheets. Another fact that supports this theory is that three out of the last four head-to-head matches between the two clubs ended without both teams scoring goals.

In the tables below, you can check out the head-to-head data and statistics for the Seattle Sounders vs Minnesota Utd fixture.

When it comes to injuries, the Sounders will be out with three players who have all been missing for at least a month already, while Minnesota Utd will have to play without four players. One of those four injured players is Jan Gregus who has only missed two fixtures. 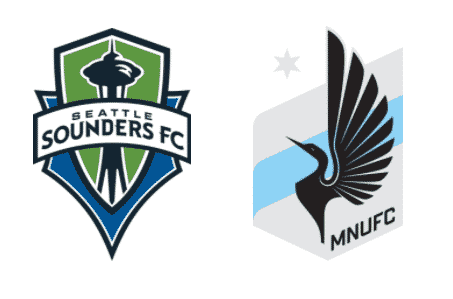