In this article, we will check out the most popular betting picks and predictions for the Sporting KC vs Colorado Rapids fixture this weekend.

Below, you can check out the top free picks for the Sporting KC vs Colorado Rapids fixture. If you want to see more MLS predictions and lines, you will have to check out our latest articles. Odds are from BetMGM and are subject to change. Make sure you check them out on the bookmaker site or your bet slip before confirming anything.

Is more than likely that both teams will score during Saturday's game between Seattle Sounders and LA Galaxy. Seven of the last eight matches between these two teams ended with both teams scoring goals. Also, three of the last five matches for LA Galaxy ended the same way.

La Galaxy to Win on Saturday

Let's see if any important players will miss Sunday's game due to injuries or suspensions.

The Sounders have a total of five injured players that won't be able to play this weekend. All of them were injured sometime this year with Joshua Atencio, Jimmy Medranda, and Andrew Thomas being injured less than a week ago. Raul Ruidiaz was injured toward the end of last month and forward Will Bruin got injured at the end of January.

LA Galaxy's only injury this weekend is Adam Saldana who got injured at the end of last month.

Now, you can check out the latest head-to-head stats for the upcoming fixture for yourself and see where our predictions come from.

Seattle Sounders aren't having their best season right now, and we don't think they can beat a team with perfect form in the MLS, so far. It doesn't help that the last two head-to-head matches between them ended with ties. There are also a lot of injuries on the Sounders’ side, while LA Galaxy won't be missing as many players. 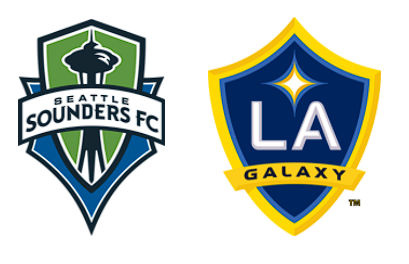